Like Amanda and Josephine, her two older sisters, Tilda Baer lived a long life (a few months shy of ninety) and outlived her husband by close to twenty years.  But she didn’t live in a big city like Philadelphia or New York; she spent her entire adult life in Attleboro, Massachusetts, where she raised her four children.

As written about here, Tilda married Samuel Einstein in about 1907, according to the 1910 census, and their first child, Stephanie, was born in June 1908 in Attleboro.  They had three additional children, Samuel, Jr. (1910), Harriet (1913), and Babette (known as Betty, 1919).  By 1927, the family name had been changed to Stone, which was the name used by all family members thereafter (until the daughters married and adopted their husbands’ surnames, that is).  Samuel was by 1930 the President of Attleboro Manufacturing, and he and Tilda remained in Attleboro for the rest of the lives, living almost all those years at 224 County Street in that town.

Their daughter Stephanie graduated from the National Park Seminary in Washington and the Garland School of Homemaking.  She married “the boy next door” on November 14, 1936—or at least the boy down the street. Her husband was Royal Packer Baker, who was a native of Attleboro like Stephanie and whose family also had lived on County Street (#148) as of 1920.  Royal was four years older than Stephanie, and he came from a family with a long history in Massachusetts and Rhode Island.

Royal’s father, Harold Baker, was the owner and co-founder of Attleboro Refining Company, a gold, silver, and copper refining business.  According to the website for the Attleboro Area Industrial Museum, which is housed in what was once the Attleboro Refinery Company building:

In 1899, Harold D. Baker and his brother George W. Baker, both of Providence, Rhode Island, formed a partnership to establish the Attleboro Refining Company in Attleboro, Massachusetts. It specialized in the refining of gold, silver and copper byproducts. The refinery followed established refining methods used at that time known as a stripping process. The process dated back to the late 18th Century. Base metals such as copper and zinc were eaten by a compound-acid solution. The precious metals underwent succeeding operations where they were reduced to a certain degree of fineness.

By 1907, however, the Bakers were convinced that better methods were available that would involve lower costs. They experimented with the then-existent electrochemical equipment available and finally succeeded in adapting the ELECTROLYTIC process to jewelers’ scrap. Theirs was the first refinery in New England to do so. The process underwent continuous improvement and development where gold was finally purified to .9991/2 fine and every trace of silver or other precious metal was re-claimed in the chlorination and succeeding copperas processes.[1]

Although his older brother Harold Jr. worked at the family business from the start of his career, Royal started his career taking a different path.  He was a graduate of Dartmouth as well as the University of Virginia, according to the wedding announcement.   By 1935 he was a lawyer practicing in Attleboro.

According to the 1940 census and their wedding announcement above, like their parents Stephanie and Royal also lived on County Street in Attleboro (#170), and Royal was working as an attorney in private practice.  In 1941, their son was born.  In 1946, Royal was listed along with his father and older brother Harold Jr. as an owner of Attleboro Refining, but was still practicing law.  By 1949, however, he was the treasurer of Attleboro Refining and no longer listed himself as a lawyer in the Attleboro directory. (His brother was now the president of the company; their father had died in 1947.) 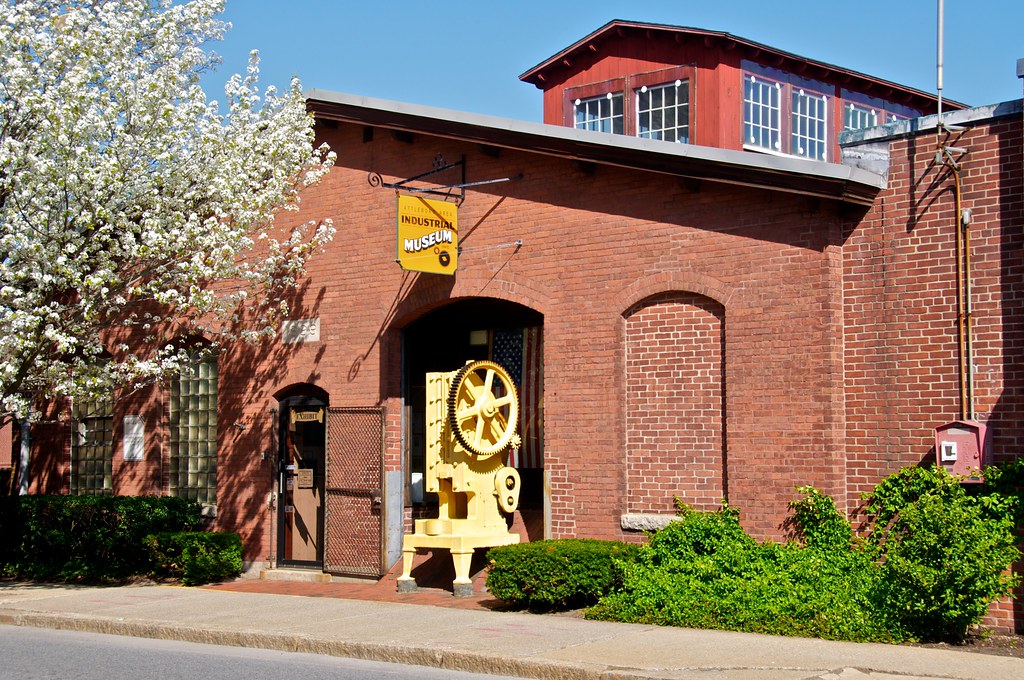 Stephanie’s younger brother Samuel Stone, Jr., graduated from Michigan State University and Babson Institute. In the 1935 Attleboro directory, he is listed as married to “Ruth M” and working as the treasurer of Quaker Silver Company, a company in North Attleboro that manufactured silver products such as flatware, bowls, and salt and pepper shakers.

Ruth M was Ruth Mills, born in Massachusetts on February 5, 1913.  Samuel, Jr. and Ruth had two daughters born in the 1930s, according to the 1940 census, which lists Samuel’s occupation as a jewelry manufacturer.  On the 1939 Attleboro directory, he is listed as the president of C H Eden Co., another jewelry company originally created by his father in 1901 that was acquired in substantial part by Charles Eden in 1903.  (Apparently, Samuel Stone, Sr. and Maurice Baer established a number of separate companies in Attleboro, all engaged in some aspect of jewelry manufacturing.)

By 1946, however, Samuel Jr’s marriage to Ruth had ended as he married his second wife, Marie Eames, on May 1, 1946.  Unfortunately, that marriage did not last either as they were divorced in 1952.

By 1956, Samuel, Jr was listed in the Attleboro directory as the president of Swank, Inc., the successor to Attleboro Manufacturing Company, the company his father first founded with his uncle Maurice Jay Baer back in the late 1890s.

In 1941 she married Lionel O’Keeffe.  He was the youngest son of Irish immigrants and was born and raised in Boston.  His father had worked in the grocery business, and in 1930 two of his brothers had been working as purchasing agents for First National Stores, a supermarket chain (later known as Finast).  Lionel was a graduate of Boston Latin High School and Dartmouth College. (Boston Herald, December 22, 1987, p. 53.)

On the 1940 census, he was living as the head of household in the house at 61 Pond Street in Jamaica Plain, the same house where he and his family had lived when he was a child.  But in 1940 he was living there without any other family members, but with a maid.  He listed his occupation as an executive of a chain store, which according to his obituary, was First National Stores.  The following year he married Harriet.

Lionel enlisted in the military on May 8, 1942, and he and Harriet had their first child five months later in September, 1942.  Lionel was discharged from the military on January 3, 1946, having served for the duration of World War II.  He and Harriet would have two more children during the 1940s.  In 1948 they were still living at 61 Pond Road in the Jamaica Pond section of Boston, the same house where Lionel’s family had lived, and Lionel was working as a buyer, according to the Boston directory for that year.  He continued to work for First National Stores for the rest of his career.

The youngest child of Tilda Baer and Samuel Stone was their daughter Babette, also known as Betty.  She graduated from the Northampton School for Girls in 1937 and then graduated from Smith College, later getting a Masters in Social Work from Simmons College.  In 1944, she married John Saunders Parker, known as Jack.  He became a doctor.  They would have two children. (Boston Globe, February 21, 2013.)

His wife, my cousin Tilda Baer Stone, daughter of Amalia Hamberg and Jacob Baer, died on August 2, 1974.  She and her husband Samuel are both buried at Woodlawn Cemetery in Attleboro, Massachusetts, the place they called home for their entire married life and where they raised their four children, two of whom also spent almost all of  their lives in Attleboro.

The third child, Harriet Stone O’Keeffe, lost her husband Lionel on December 20, 1987.  He was 76 years old.  She lived another fifteen years, dying on September 5, 2002, when she was 88.  According to her obituary, “Mrs. O’Keeffe lived in Brookline for many years and was active in volunteer work. She spent summers in Hyannisport and moved there year-round in 1973. She enjoyed gardening and bridge. She was a member of the Hyannisport Club, the Oyster Harbors Club and the Mid Ocean Club in Bermuda.” (Cape Cod Times, September 6, 2002, GenealogyBank.com (http://www.genealogybank.com/doc/obituaries/obit/100B3AE9F09E0868-100B3AE9F09E0868 : accessed 13 July 2016))

The youngest sibling, Babette, died just three years ago on February 19, 2013, at age 93.  Her obituary reported that:

She loved people and was a frequent volunteer in the activities of her children and an outgoing devoted friend to so many. She was an active volunteer in the Wellesley Community including the Service League of Wellesley, the Garden Club of Wellesley and was a past president of the Smith Club of Wellesley. She devoted many hours to the support of the Boston Symphony Orchestra and loved her Investment Club and Bridge Club, as well as her activities at the Wellesley Country Club, Wianno Club, The Country Club and The Moorings and Riomar Clubs of Vero Beach, Florida. She cherished all the interactions with the people that were brought into her life by these varied interests.  (Boston Globe, February 21, 2013, located at http://www.legacy.com/obituaries/bostonglobe/obituary.aspx?pid=163199572)

I’ve not yet connected with any of the descendants of Tilda Baer and Samuel Stone, but hope to be able to connect with these cousins whose roots are here in Massachusetts where I now live.  They are descendants of two people who seemed to have achieved the American dream—Samuel, a German Jewish immigrant who came to the US as a young teenager and became a highly successful jewelry manufacturer, and my cousin Tilda, the daughter of two German Jewish [2] immigrants who grew up in Pennsylvania; she raised four children, all of whom received a higher education and lived their lives in Massachusetts.

[1] There was a bitter dispute between the Baker brothers in 1918, which apparently ended in with Harold as the sole owner of the company. See “Attleboro Receivership Granted for Attleboro Refining Co. Decree Handed down by Superior Court, Wednesday,” Pawtucket Times, April 11, 1918, p. 12.

[2] It seems that at some point Tilda and Samuel and their children became members of the Universalist Church and no longer identified as Jewish.

8 thoughts on “Tilda Baer Stone and Her Children: Massachusetts Cousins”