In my last post I shared the photograph of my second cousin, once removed, Jane Schlesinger Bruner—the woman my father called the most beautiful woman he’d ever seen when he met her the first time when he was a young boy.

Today I received this photograph of Jane’s parents—Sidney and Nan (Levis) Schlesinger. 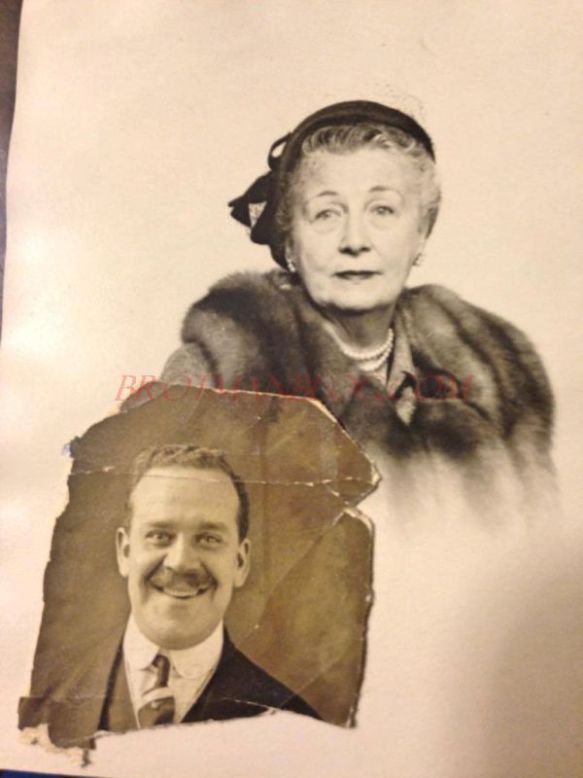 I have already written about Sidney and Nan in my earlier posts, but just to recap here. Sidney was the fourth child and third son of Jacob Schlesinger and Brendina Katzenstein, my great-grandmother’s older sister.  He was born in Philadelphia in 1880 and lived his whole life there.  He was a successful furniture salesman.

In 1911, Sidney married Anna Levis, who was known as Nan. Nan was born in Philadelphia in 1886 to William Levis and Caroline Bopp; her father died when she was eleven years old. She had been working as a stenographer in a bolt factory before marrying Sidney.  Sidney and Nan’s daughter Jane was born in 1913.  She was their only child and the only grandchild of Jacob and Brendina Schlesinger.

Sidney died in 1935 when he was 54.  Nan survived him by forty years, dying at age 89 in 1975.  As I wrote earlier, she was the first member of my father’s family to meet my mother after my parents were engaged.

I am once again so grateful to Jane’s granddaughter for sharing this photograph and allowing me to see the faces behind the stories.