The years between 1910 and 1920 were years of growth for the children of Sarah Goldschmidt and Abraham Mansbach who were living in the US.  Their children, Sarah and Abraham’s grandchildren, were becoming adults and starting households of their own. This post will cover the Philadelphia siblings, Hannah and Louis, and their brother Julius, who was living in Germany with his family. The Colorado siblings will be discussed in the next post.

The two Philadelphia siblings, Hannah Mansbach Dannenberg and Louis Mansbach, saw their daughters marry in this decade. Hannah’s older daughter Reta married Elmor Alkus in Philadelphia in 1912.1 Elmor was, like Reta, born in Pennsylvania in 1889; his parents were Morris and Henrietta Alkus, both of whom were born in Germany. Elmor’s father Morris was a wool merchant. In 1910, Elmor was a commercial traveler selling notions.2 Reta and Elmor’s first child, Elaine, was born on April 22, 1914, in Philadelphia.3 In 1920, they were all living in Philadelphia, and Elmor was now the owner of a towel supply company. I assume that his father-in-law Gerson Dannenberg had taken him into his business.4

Hannah’s younger daughter Katinka married Sidney Olsho in 1916 in Philadelphia.5 Sidney, the son of Jacob Olshoffsky (later shortened to Olsho) and Louisa Galeski, was born in Bradford, Pennsylvania, on January 22, 1879, making him fifteen years older than Katinka. He was 37 when they married, she 22. He was a doctor. His parents were German immigrants, and his father was a dry goods merchant.6 Sidney and Katinka had a son, Edward, born on February 6, 1919, in Philadelphia. In 1920, they were living in Philadelphia where Sidney was practicing as an eye, ear, nose and throat physician (amusingly, it was transcribed as “dye, oat, nas, thead” on Ancestry).

Sidney wasn’t the only doctor in Hannah’s family. Her son Arthur Dannenberg was also a physician, according to his World War I draft registration. He graduated from the University of Pennsylvania medical school in 1913 and had trained as a pediatrician: 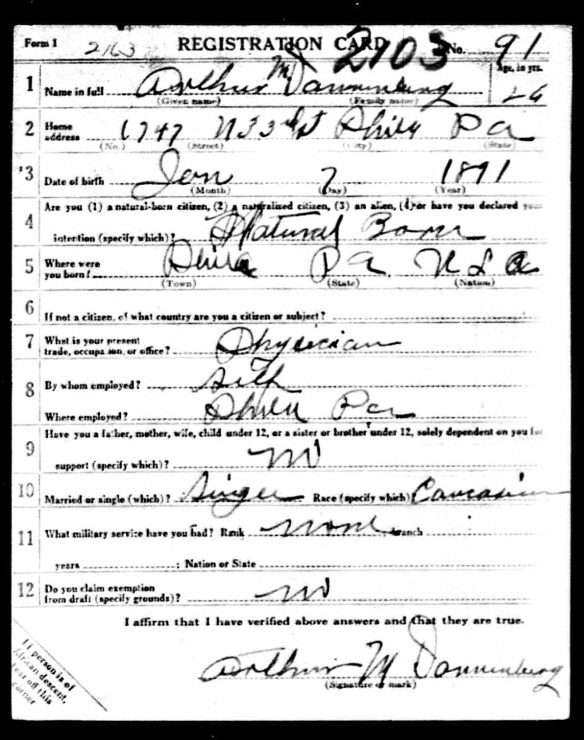 Arthur served in the US Army from August 10, 1917, until August 1, 1919, and was promoted to a captain in May, 1918. He served primarily at Fort Oglethorpe in Georgia in the medical corps and did not serve overseas.7 After the war, Arthur returned home and was living with his parents, Hannah and Gerson Dannenberg, in Philadelphia in 1920.  Arthur was practicing medicine, and his father Gerson was a merchant in the towel business.8

Louis Mansbach’s daughter Rebecca also married in this decade. Rebecca married David Rattin in Philadelphia in 1917.9 David was born on September 10, 1886 or 1887 (records conflict), in Alsace, Germany, to Isadore and Sophia Rattin. They immigrated when David was just a toddler in 1888. David’s father must have died either before they immigrated or shortly thereafter as by 1895, his mother was listed as a widow in the Philadelphia directory.10 So like Rebecca, David had lost a parent when he was a young child.

I believe that this is David, living in the Jewish Home for children in 1900 (line 21): 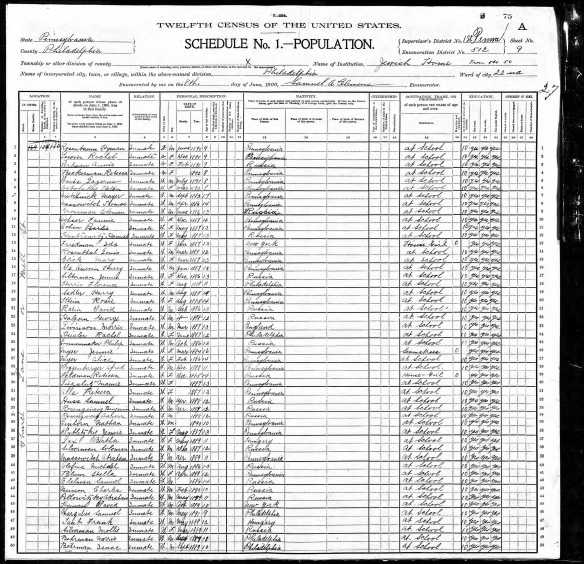 By 1910, David was reunited with his mother, who was living on her own income, presumably from the boarders who were living in their home:

In 1912, David graduated from the University of Pennsylvania law school, and in 1918, when he registered for the draft, he was working as an attorney.11 Rebecca and David’s first child Ruth was born on April 28, 1919.12 In 1920 they were living in Philadelphia along with David’s mother Sophia, and David was practicing law.13

Louis Mansbach was also still living in Philadelphia in 1920 and continued to practice as a veterinarian. He was living with Moses Dannenberg, who although listed as Louis’s cousin was more likely his brother-in-law, brother of Gerson Dannenberg, Hannah Mansbach’s husband, because in 1910, Moses had been living with Gerson and Hannah and listed as Gerson’s brother. 14

Meanwhile, Julius Mansbach and his wife Frieda Bensew and their children Beatrice and Alfred were living in Wunstorf, Germany, in the 1910s. Art Mansbach shared this adorable photograph of  his father Alfred in 1916 when he was six:

The one very sad note in this decade was the death of Beatrice Mansbach, the daughter of Julius Mansbach and Frieda Bensew. Beatrice died in 1918 from the Spanish influenza, according to her nephew Art Mansbach. She was only fourteen years old. These photographs of Beatrice taken when she was just a little girl help to preserve the memory of this young girl whose beautiful life was cut short. 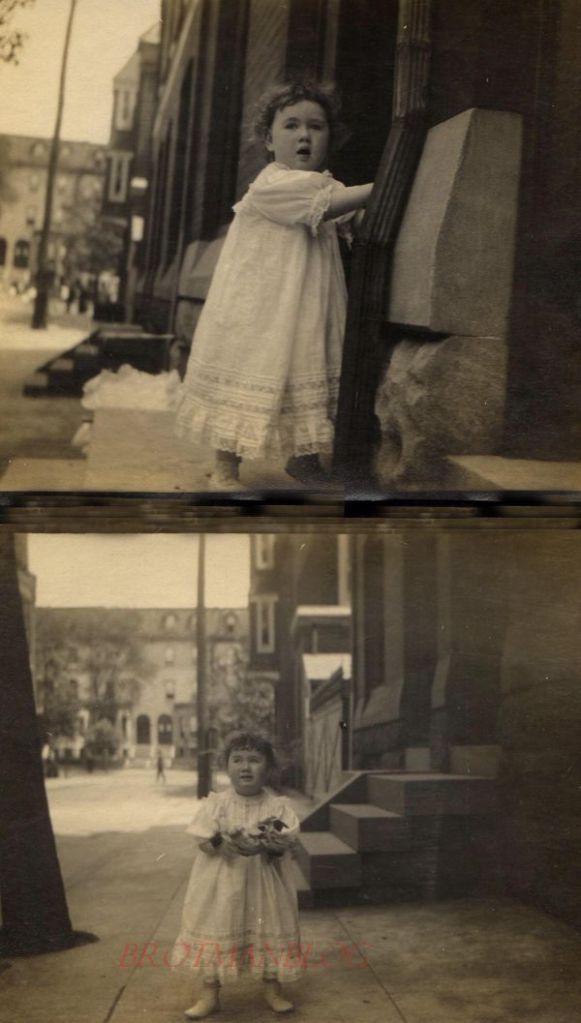