Two months ago I wrote about the death of Moses Cohen, Sr., in 1860 and the decade that followed for his widow and children.  To recap, on the 1860 census, Moses, Sr., was listed as a forty year old china peddler, born in England; he was also described as “insane from intemperance.”  Perhaps that alcoholism is what led to his early demise just over two months later on October 2, 1860, at age 32, according to his headstone, or at most age 40, if his age on the 1860 census is more accurate.  He left his widow Adeline with four children under ten: Hart (9), Rachel (8), Jacob (6), and John (2).  In addition, he was survived by Moses Cohen, Jr, who was twenty years old.

After Moses, Sr., died, Adeline had gone to work out of the home as a merchant of second hand clothing, and Moses, Jr., was also in the clothing business. Moses married Henrietta Loeb on August 16, 1862, and by 1870, Moses and Henrietta had three children, Augusta (6), Myer (4), and Jacob (4 months). Moses was still a clothier.

Adeline in 1870 was still living with the four younger children; Hart was working as a pawnbroker and Jacob as a clerk. The other two children were still at home.  Interestingly, although on both the 1850 and 1860 census, Adeline had indicated she could not read or write (English, I assume), by 1870 that box was no longer checked off. 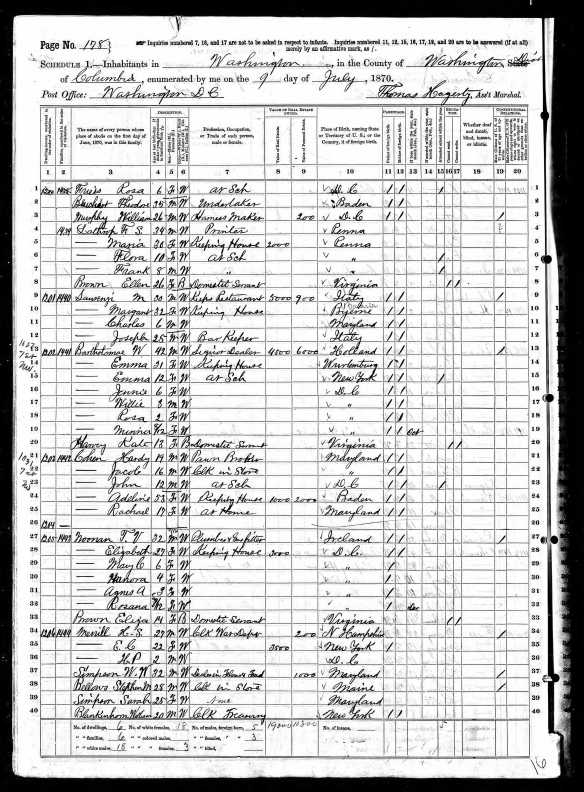 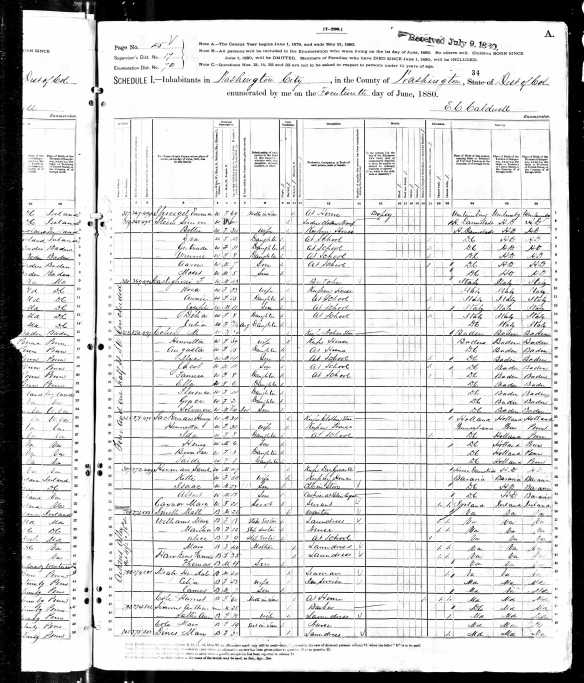 Moses, Jr.’s brother Hart married Henrietta Baer in 1878, and they had their first child, Frances, later that year.  Hart was working as a clerk, presumably in a pawnshop.  A son Munroe was born on November 5, 1880, after the 1880 census had been taken. 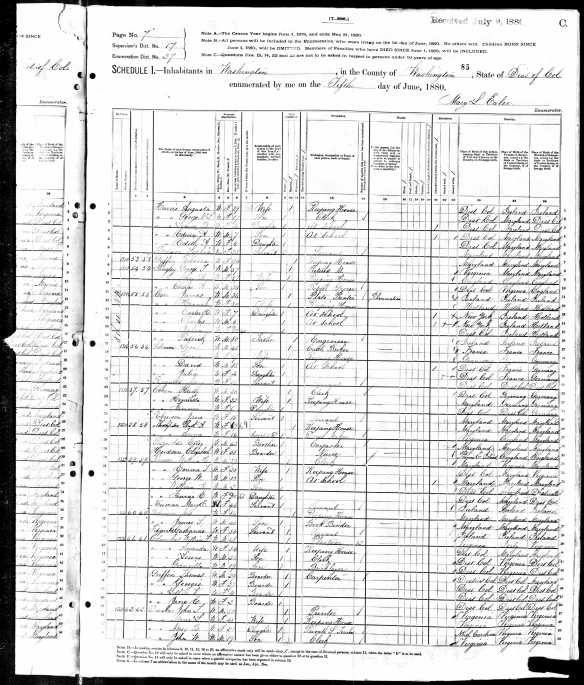 Jacob M. Cohen, the next child of Moses, Sr., and Adeline, was married to Belle Lehman in 1877 in Cuyahoga, Ohio, where Belle’s family resided.  They had a daughter, Fannie Sybil Cohen, born on November 7, 1879.  As of the 1880 census, Jacob was working in a “loan office.”

Moses, Sr., and Adeline’s only daughter, Rachel, was also married by the end of the decade.  She married Frederick Selinger on January 10, 1880.  Frederick was born in Hurben, Germany, and had emigrated from Germany to the US in 1871, according to his passport application.  According to the 1880 census, Frederick was working as a “clerk in store.”   Adeline Cohen, Moses, Sr.’s widow, was living with her daughter Rachel and son-in-law Frederick Selinger. 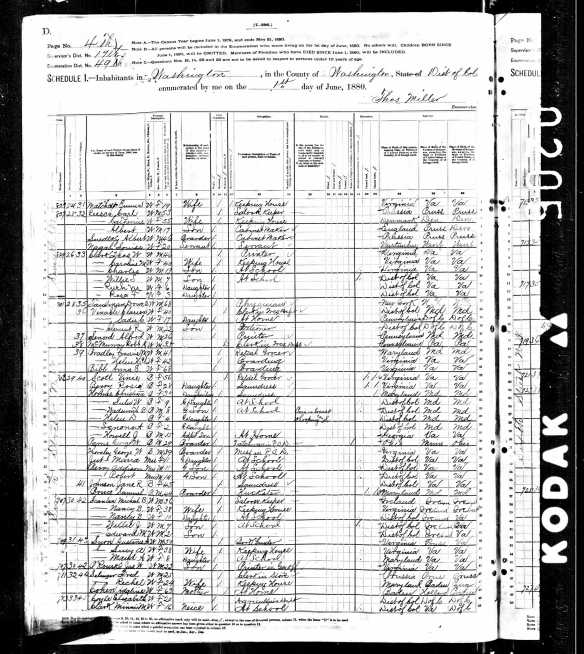 Frederick and Rachel Cohen Selinger and Adeline Cohen on 1880 census

The only member of the family I cannot locate between 1870 and 1880 or thereafter is the youngest child, John.  He was twelve as of the 1870 census, but I cannot find him at all on the 1880 census, nor can I find a marriage record or a death record.  He seems to have just disappeared.

Thus, as of 1880, Adeline and Moses, Sr.’s four oldest children were all married, and Adeline already had eleven grandchildren with more to come.  All of the children were living in Washington, DC, and it would seem that life was fairly routine for the four young families and their matriarch, Adeline Cohen.  It seemed that Adeline’s children had thrived despite losing their father at such an early age.

Things would start to change in the 1880s, as members of the extended family faced crises and changes.