It is with a very heavy heart that I report that my third cousin, once removed Manfred “Fred” Katz passed away on June 28, 2018, at the age of 89. Some of you will recall the story that Fred generously shared with me about his boyhood in Jesberg, Germany, and how when he was only nine years old, he rescued a Torah scroll from the Jesberg synagogue in the aftermath of Kristallnacht in November, 1938. His family left Germany the following month, joining Fred’s older brothers and many cousins in Stillwater, Oklahoma. You can read Fred’s story here if you missed it. 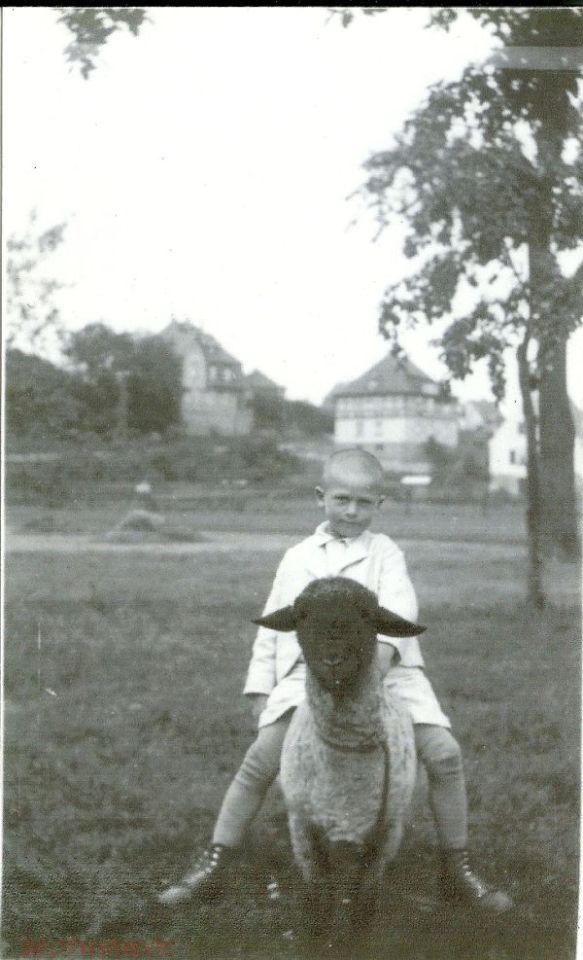 Fred Katz, c. 1936
Courtesy of the family of Fred Katz

I was very privileged to have an opportunity to talk to Fred at length on the phone shortly before our trip to Germany in the spring of 2017. He not only shared his story—he gave me some advice on what to see and look for while in Germany. We also emailed several times before and after our trip. In fact, we emailed back and forth as recently as April, 2018, about a book that is being written in Germany about the Jews of Jesberg. I am so very sad to know that that was my last exchange with my cousin Fred.

Below is the obituary published on June 30, 2018, in the Wilmington, Delaware News Journal. It fills in the story of Fred’s life after he came to the United States as a young boy of nine in 1938. It is as remarkable as the story of his first nine years. 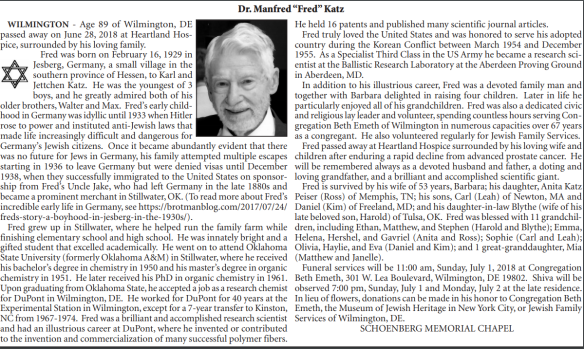