I was cleaning up some files on my crowded hard drive, and I “discovered” a whole folder of photographs of the Goldschmidt family that had been sent to me by David Baron and Roger Cibella back in December, 2017.  How had I forgotten these? Some of these photographs are of members of the Goldschmidt family I’ve yet to write about and will be posted when I get to those branches (if I don’t forget about them again).

But those below are of the family of Abraham Goldsmith, about whom I’ve written extensively. Julian Reinheimer, my third cousin, once removed, and a direct descendant of Abraham through his daughter Cecelia, also sent me some photographs of Abraham and Cecelia and of some of the family graves in Philadelphia.  I am going to go back and insert these in the original posts about Abraham and his family, but I want to share them in this new post as well.  Thank you to Julian Reinheimer, David Baron, and Roger Cibella for sharing these wonderful photographs with me.

First, two of Abraham himself. 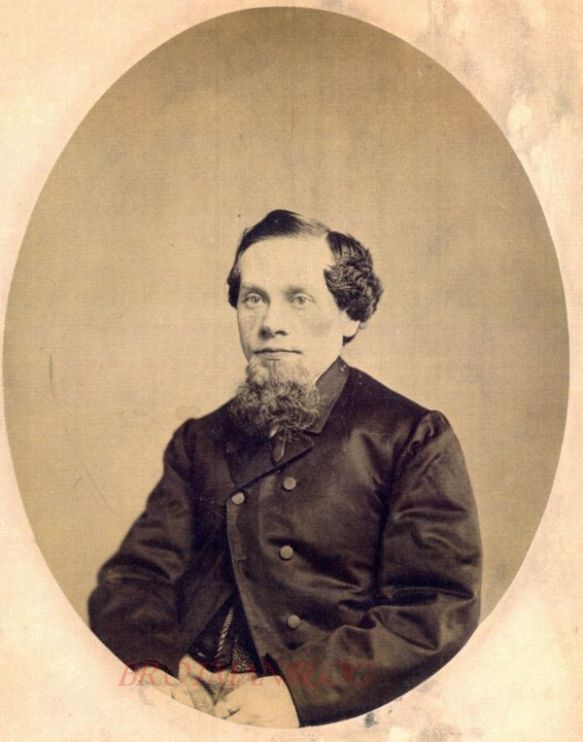 This is Abraham’s son Edwin, the inventor, and his family: his wife Jennie Friedberger, older son Henry, daughter Cecile (named for her grandmother, pictured above), and younger son Edwin, Jr. From the ages of the children, I would guess this was taken in about 1910.

And this is a photograph of Emily Goldsmith Gerson, Abraham and Cecelia’s daughter, who was an author, and who, like her mother, died too young. She was 49 when she died.

Finally, photographs of the gravestone for Abraham Goldsmith and those of his two wives, Frances Spanier on the left and Cecelia Adler on the right, as well as their daughter Hilda to the far right.  Behind their shared gravestone you can see the graves of their other children and grandchildren: Rose Goldsmith Stern and her husband Sidney Stern, Cecile Goldsmith Simsohn, and Estelle Goldsmith.

Now I need to go back and add these to my earlier posts.

27 thoughts on “How Did I Lose Track of These Photographs?”