Frieda Brotman, who was born in May, 1897, went to live with Bessie and Philip Moskowitz when Bessie remarried in 1908.  Frieda was married to Harry Coopermith sometime in 1923 and died on May 10, 1924 after giving birth to a baby boy named Max.  Max was born on May 8 and died on May 9 of congenital atelectasis, perhaps brought on by either prematurity or  sepsis.  Frieda died on May 10 probably from either pre-eclampsia or sepsis.  Frieda and Max are buried at Mt Hebron in the same section as Bessie and Philip.

Sam Brotman, who was born on September 5, 1900 not long before Joseph died, was the baby of the family. He went to live with his mother and Philip Moskowitz when she remarried. He was a cab driver who lived alone in the Bronx his whole adult life.  He never married and has no descendants.  He died in May, 1975. 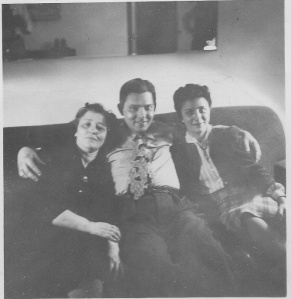 Sam with Gussie and Elaine 1945 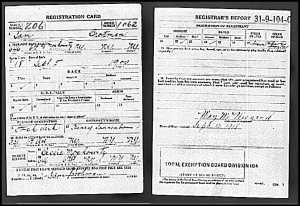 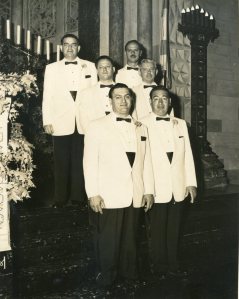 Sam as a groomsman at Rosalind’s wedding