By slgckgc (Shofar and Candlesticks) [CC BY 2.0 (http://creativecommons.org/licenses/by/2.0)%5D, via Wikimedia Commons

Once again the Jewish calendar is about to end one year and begin another.  I will be observing the holiday with my children and grandchildren and will not be posting again until after the holiday when I will continue the amazing story of my discovery of the Goldfarbs and the Hechts.

So before I take this time to be with my children and grandchildren and celebrate the holiday, I wanted to look back and think about what I’ve learned about my extended family during this year.  For the most part this has been the year of the Schoenthals, and what a journey it has been.  I had known very little about my paternal grandmother’s paternal family before I started researching, and they have inspired me in many ways and in some ways saddened me.

My great-grandfather Isidor Schoenthal and his many siblings were all born in Sielen, Germany, and all but two came to the United States in the second half of the 19th century and, for at least some time, lived in western Pennsylvania.  They were a large and interconnected family, and so many of them did interesting things.  Henry, the oldest brother, was a scholar and a community leader as well as his family’s leader.

Julius served in the US Army and lived in Washington, DC.  Felix was a successful businessman in the typewriter repair business; he moved to Boston.  Simon had a very large family, and his children not only ran hotels in Atlantic City; some of them settled in the wild west of Arizona, as my cousin Hettie Schoenthal Stein so beautifully described in her memoirs.

Amalie Schoenthal married Elias Wolfe, a cattle drover, and they raised a large family.  Amalie moved to Ohio after her husband died. Hannah Schoenthal Stern survived being widowed at a young age and came to Pennsylvania with her young children and raised them on her own in a new country.

Jennie Stern Arnold, center, and Sarah Stern Ostreicher on the left and Edith Stern Good on the right

And my great-grandfather himself was a pioneer—first moving to Pennsylvania, and then moving his family from the small town of Washington, Pennsylvania, to Denver, Colorado so that his asthmatic son would have a better place to live. 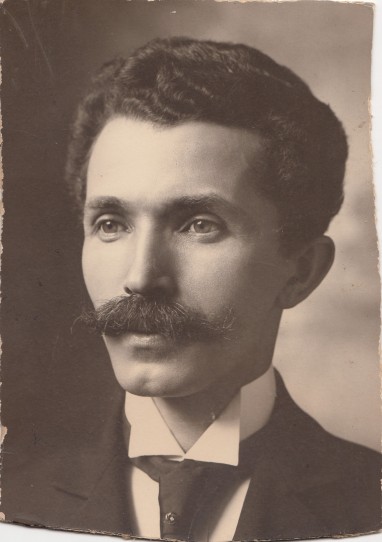 These were adventurous and interesting people who were willing to take risks in order to secure better lives for them and their family.  I’ve had the pleasure of connecting with a number of their descendants—my cousins Steve, Ron, Jacquie, Maxine, Elaine, Linda, Sharon and Ezra, and Betty, who passed away just this summer.

But not all the Schoenthal siblings left Germany, and the fate of the children of Jakob Schoenthal and of Rosalie Schoenthal Heymann broke my heart.  One of my most meaningful new projects is the work I am doing with Tom Lion (with the invaluable help of my cousin Sharon, also a Schoenthal cousin) to ensure that the memoir of Tom’s father Ernest Lion is preserved and made as publicly accessible as possible.  Ernest’s first wife, Liesel Mosbach, Rosalie’s granddaughter, was killed during the Holocaust as were her parents, her aunt, and his sister; Jakob Schoenthal’s daughter Henriette Schoenthal Levi and her husband were also murdered by the Nazis.  Other family members were forced to uproot themselves, lost everything, but somehow survived and started over in a new country.  They were all my cousins.

I also learned about more of my Seligmann relatives—Mathilde Gross Mayer, her parents, her siblings, and all of their children.  They also endured the Holocaust, some of them escaping in time, others being murdered by the Nazis.  Mathilde’s book motivated me to start learning German so that I could better understand her life and her experiences.  And along the way I also found another living descendant, my cousin Susan.

But most of my experiences this year have been uplifting. I had the pleasure of connecting with and meeting my cousin Rob, a Hamberg descendant.  I still haven’t told the whole story of the Hamberg family, but my great-great-grandmother Henriette Hamberg Schoenthal had a large family, most of whom unfortunately stayed in Germany.  Their story is yet to come.  But I was able to explore the story of Amalia Hamberg Baer, whose children founded the Attleboro jewelry company today known as Swank.  And I have been fortunate to connect with two of the descendants of Amalia Hamberg and Jacob Baer.

And now in the past week or so I have returned to the Brotman story as I’ve discovered new connections and new members of my maternal grandmother’s extended family, the Goldfarbs and the Hechts.  More on that to come after the holiday.  That work also has given me the blessings of new cousins like Sue, Lisa, Debrah, and Jan.

So when I look back on the year, I don’t just see all those people from the past.  I see all the people who are my cousins, many of whom I never knew before.  Some of us are as distant as fifth cousins, some as close as a second cousin, once removed.  But without exception these new cousins have added joy and a sense of fulfillment to the work I am doing to tell the story of my family—their family—our family. There is nothing that makes me feel better about doing this than when one of these newly found cousins thanks me for finding the story of their ancestor’s lives.  I never really think that I am doing this for others since I personally get so much out of doing it, but the excitement that others have expressed to me about my work makes it ever so much more worthwhile.

What lies ahead in my research? In this coming year I hope to be able to learn about the last of my great-grandparents.  I have researched seven out of the eight so far, and although I still have more to learn about the families of Joseph Brotman and Bessie Brod, Moritz Goldschlager and Ghitla Rosenzweig, Emanuel Cohen and Eva Seligmann, and Isidore Schoenthal, I’ve not even started to tell the story of my remaining great-grandparent, my father’s maternal grandmother Hilda Katzenstein.  She was the daughter of Gerson Katzenstein and Eva Goldschmidt, and their stories will likely be the next major research project on my list. 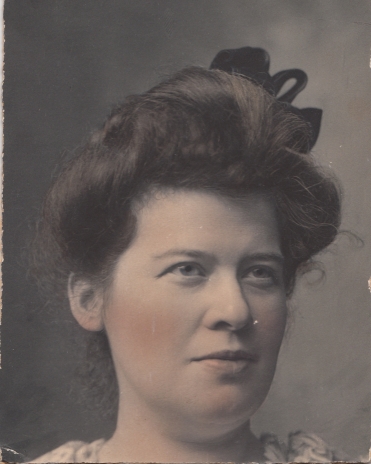 May all of my cousins, newly found and otherwise, and all of my family and friends and fellow genealogy researchers and bloggers be blessed with a sweet, healthy, and happy New Year.  And may all those who came before us be remembered with honor and gratitude. Shana tova! A good year for all!

By Gilabrand (Own work) [CC BY-SA 3.0 (http://creativecommons.org/licenses/by-sa/3.0)%5D, via Wikimedia Commons