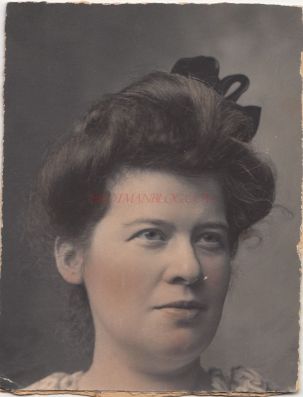 When I finish (as much as we ever finish) telling the story of a particular family line, I always have mixed feelings. In some ways I feel a sense of relief—I’ve accomplished my goal. It feels good to know that I’ve covered to the best of my ability the story of my direct ancestors and their descendants in that family as well as the stories of their siblings and their descendants.

But it is also in some ways bittersweet. Each family brings its own color and depth to my family history, and each time I’ve been so fortunate to find living descendants—people who share that history, but know it from a different perspective. As I move away from that story, it feels like leaving a family after a long visit.  You’ve just gotten to know them, and now it’s time to move on. Not that I ever forget, and I always try and stay connected with the cousins I’ve found, but my focus shifts. So it’s a separation, and those are always bittersweet.

I have been studying the Katzenstein family for over a year now, starting with my great-great-grandfather Gerson and his descendants and then on to each of his siblings and their stories. I have found and in some cases met wonderful new cousins—many cousins who descend from Gerson’s sister Rahel and her husband Jacob Katz and who settled in Kentucky and Oklahoma and Nebraska.

Abraham Katz and family c. 1906
courtesy of the Katz family 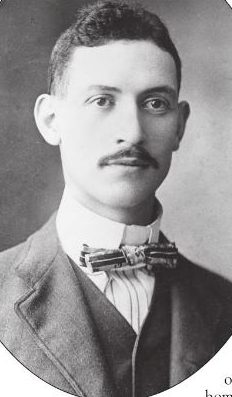 There were the descendants of Hannchen Katzenstein Mansbach who lived in West Virginia and Maryland. These are all places where I never imagined I had cousins.

Some of those cousins came as children from Germany with their parents to escape Hitler. Some ended up in the US, others in South America, South Africa, and Israel.

My cousins were mostly merchants, and some were cattle ranchers.  One of my great-grandmother’s brothers lost his wife and child in the Johnstown Flood. Some cousins lived incredibly long lives; some died far too young. Some were wealthy; some were not. And some never made it out of Germany. Far too many were killed by the Nazis. One was still singing at 93, and one was killed by a terrorist when he was in his 30s.

It has been a fascinating and rewarding year for me. I have learned so much about this family and about my Jesberg roots—the town where my great-great-grandfather Gerson grew up and the town he left as a young man with three children in 1856 to come to Philadelphia. My great-grandmother Hilda never saw Jesberg, the town where her father was born and where three of her siblings were born. But I did. I was able to visit Jesberg in May and see where my Katzenstein family had its roots. It was a moving experience that would not have been nearly as meaningful if I hadn’t already spent seven months learning about all those Katzenstein ancestors who lived there.

So it is bittersweet to move on.

I have now written about all eight of my great-grandparents—-Joseph Brotman, Bessie Brod, Moritz Goldschlager, Ghitla Rosenzweig, Emanuel Cohen, Eva Mae Seligman, Isidor Schoenthal, and Hilda Katzenstein. Those are eight of the family names with which I had the most familiarity before I ever started down this path.[1] The names ahead are less familiar—the names of some of my great-great-grandparents—Jacobs, Hamberg, Dreyfuss, Goldschmidt, Schoenfeld, Bernheim, Bernstein, and so on. Which one comes next?

Stay tuned. But first some posts to catch up on a few other matters.

32 thoughts on “A Year with the Katzensteins”