This final post about the family of Hannah Goldsmith Benedict is about Hannah’s youngest son, C. Harry Benedict, and his two sons, Manson and William, and their lives after 1940. In an earlier post, we saw how both Manson and William went to Cornell and then on to MIT to get a Ph.D. in chemistry.

In the 1940 census, C. Harry Benedict was enumerated not in his longtime home, Lake Linden, Michigan, but in New York City, where he was, at least at the time of the census enumeration, living at the Waldorf Astoria Hotel. Since his occupation was listed as a metallurgist for a copper mining company and since I know he continued to work at Calumet and Hecla Mining Company for many years after 1940, I assume this was just a temporary residence while doing some work for the company in New York.1

Or perhaps he was just there visiting his sons, both of whom were working as research chemists in the New York City area in 1940, Manson for M.W. Kellogg Company2 and William for General Chemical Company.3

Both Manson and William changed jobs during World War II. In 1942 William moved to Washington, DC, to work for the Carnegie Institution as a theoretical spectroscopist. Spectroscopy is “the study of the interaction between matter and electromagnetic radiation.” After the war William worked for the National Bureau of Standards for six years and then joined the faculty of Johns Hopkins University as part of the “infrared group.” (I’ve no idea what that means.) He remained at Johns Hopkins for fifteen years. In 1967 he became a research professor at the Institute for Physical Science and Technology at the University of Maryland where he remained until his retirement in 1979.4

Meanwhile, his brother Manson left M.W. Kellogg in 1943 to work for Hydrocarbon Research, Inc. According to his obituary, “Dr. Benedict was well known for his pioneering role in nuclear engineering. He developed the gaseous diffusion method for separating the isotopes of uranium and supervised the engineering and process development of the K-25 plant in Oak Ridge, TN, where fissionable material for the atomic bomb was produced. He received many awards for his work on the Manhattan Project during WW II and for his later career as a scientist, educator and public servant, which focused on nuclear power and other peaceful uses of atomic energy.”5

After the war Manson stayed with Hydrocarbon Research until 1951 when he served for a year as the chief of the Operational Analysis Staff at the Atomic Energy Commission. Soon thereafter he returned to Massachusetts and joined the faculty of MIT as a professor of nuclear engineering. In 1972 he received the Enrico Fermi Award, which was described as follows on the Los Alamos website: 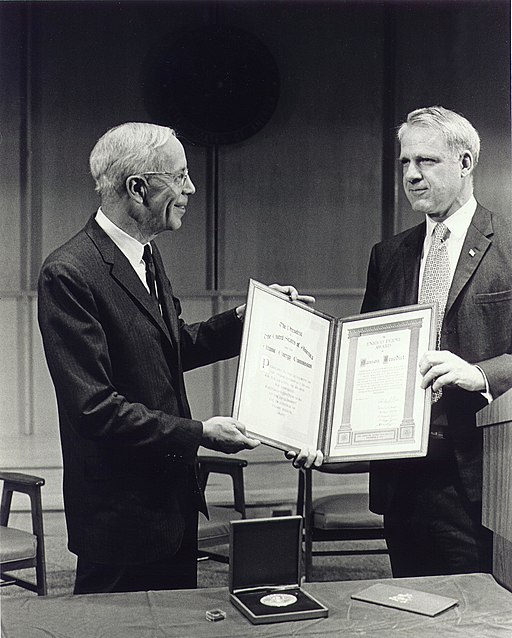 Manson remained at MIT until his retirement in 1973.6

Both Manson and William must have inherited or developed their love for science from their father C. Harry, who, like his sons, had gone to Cornell for his undergraduate training and then had spent his career devoted to science, in his case to metallurgy. Harry even wrote a book about his long-term employer, Calamet and Hecla, entitled Red Metal. It was published in 1952 by the University of Michigan Press. 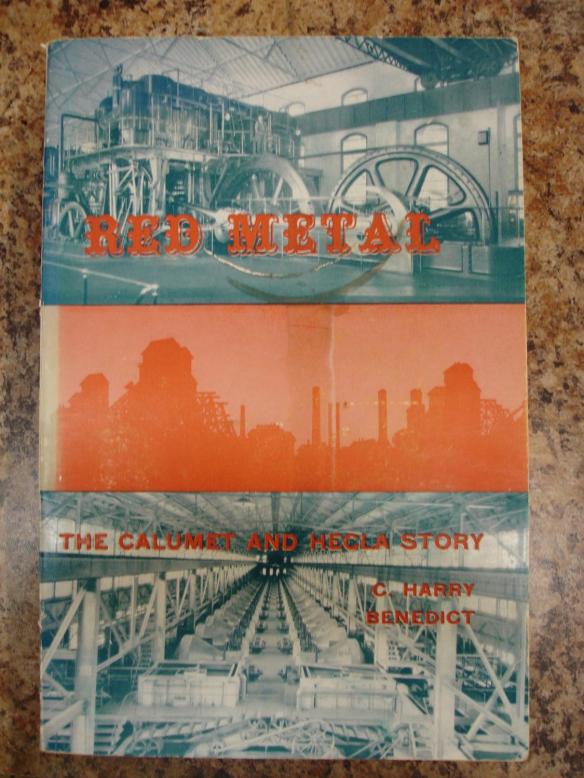 After fifty years or so in Michigan, Harry and his wife Lena relocated to Brookline, Massachusetts, in 1961, presumably to be closer to their son Manson and his family.7 C. Harry died at the age of 86 in Brookline on April 3, 1963;8 his wife Lena followed just two years later on October 2, 1965.9 She and Harry are buried in Syracuse, New York, where Lena was born and raised and where she and Harry were married in 1902.10 They were survived by their two sons and three grandchildren.

William Benedict died suddenly at the age of seventy on January 10, 1980, in Washington, DC. He had had a serious heart attack a few years earlier.11 His wife Ruth died on October 2, 1993, in Washington. She was eighty years old. They were survived by their son and grandchildren.

Manson Benedict outlived his younger brother and his wife Marjorie. She died in Naples, Florida, on May 17, 1995; she was 85.12 Manson survived her by over ten years. He died on September 18, 2006, at the age of 98.13 Manson and Marjorie were survived by their two daughters and grandchildren and great-grandchildren.

I must admit that I have no real understanding of the work that C. Harry, Manson, and William did in their long and distinguished careers. Science has never been my strong suit, to say the least. But obviously each of these men left their marks on those with and for whom they worked and on the world.

That completes my research and writing about not only the children of Hannah Goldsmith Benedict, but also the entire family of Hannah’s father, Simon Goldschmidt/Goldsmith. Could Simon have ever imagined that after spending time in prison in Oberlistingen, Germany, and immigrating to America to start over in a new country, he would have grandchildren and great-grandchildren who would go to some of the most elite educational institutions in the country and become lawyers, doctors, dentists, teachers, musicians, business leaders, and scientists?  He may have had hopes that his descendants would rise above his own humble beginnings, but I doubt he could ever have imagined just how high above those humble beginnings his American-born descendants would go.

Next—a number of updates on other matters before I turn to Meyer Goldschmidt, another brother of my three-times great-grandfather Seligmann Goldschmidt.

21 thoughts on “Hannah Goldsmith, Final Chapter: My Cousins the Scientists”