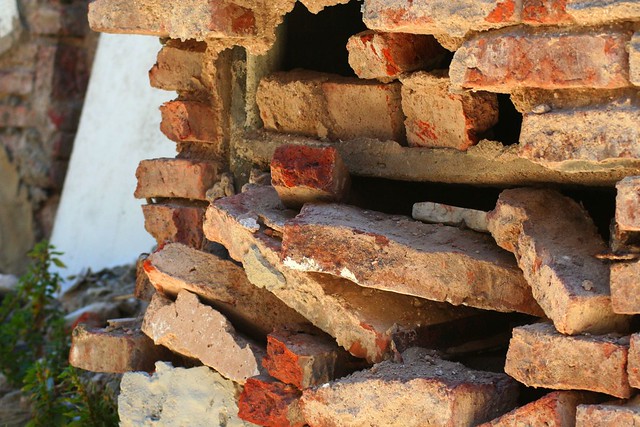 When I learned that my brother’s Y-DNA did not match the Y-DNA of a descendant of Moses Cohen of Washington, DC, I was sorely disappointed.  I was sure that all the circumstantial and documentary evidence I had found supported my hunch that Moses was the brother of my great-great-grandfather Jacob Cohen and son of my three-times great-grandfather, Hart Levy Cohen.  But DNA does not lie, and I was very surprised by the results.

I had one small glimmer of hope when I learned about a family story that indicated that Moses Cohen, Sr., was not the biological father of Moses Cohen, Jr., who was in fact the biological great-great-grandfather of the living descendant whose DNA had been compared to that of my brother.  But how would I ever prove that?  It seemed hopeless.

Nevertheless, I decided to see what I could find that might help answer some of my questions.  Where and when was Moses, Jr., born? When and where did Moses, Sr., marry his mother Adeline Himmel? I could not find any American records showing a marriage or an immigration record for Adeline and her son Moses, Jr.  All I had were census records from 1850 and 1860 showing that Moses, Sr. and Adeline were already married by 1850 and that in 1850, Moses, Jr., was eleven years old.  Later census records indicated that both Moses, Jr., and Adeline were born in Germany and that Moses, Sr., was born in England (though a few later census reports filed after Moses, Sr.’s death by his children said he was also born in Germany).  Some of Moses, Jr.’s and Adeline’s records were even more specific, several naming Baden as her place of birth.

Several months ago when I first discovered the DC branch of the Cohen family, I had tried without success to find where in Baden Adeline had lived.  I sent a message on the GerSIG listserv (German Special Interest Group) of JewishGen.org asking for help.  I received many suggestions, but the most helpful one was from a man named Rodney.  First, he looked up the surname Himmel in Lars Menk’s “Dictionary of German-Jewish Surnames” and found that there was only one Jewish community in Germany where the name Himmel appeared, in  the Eberbach region of Baden.  Then he pointed me to a website that compiled various birth, death and marriage records from various towns in Germany, the Landesarchiv, and specifically to a book of the Jewish records for a town in Eberbach called Strumpfelbrunn where Rodney found a birth record for Jacob Himmel that he translated for me.  The record said, “On the 24th December 1815 was born Jakob Himmel, legitimate son of Moses Himmel and his wife Bromit nee Jakobin(?). Witnesses are Jakob Goez and Abraham Mond.”

I immediately wondered whether this Jakob Himmel could be the same as the one living next door to Moses, Adeline, and Moses, Jr., in Baltimore in 1850, the one I suspected was the brother of Adeline.

Rodney suggested that I look for other records in the Strumpfelbrunn book, but it was written in old German script that looks like what you see above.  I wouldn’t even recognize my own name written in that script.  I tried my best, but after a few pages, I gave up and said that there had to be an easier way.  But there was not.  These records are not digitized or translated anywhere yet.  So I returned to American records and moved on, figuring I’d either never find Moses, Jr.’s records or I’d find them some other way.

Then in the last few weeks I found the passenger manifest for Jacob Himmel.

I posted it to a Facebook group called Baden Genealogy for help in deciphering the town listed as Jacob’s place of last residence, which looked like Rutlingheim to me and to most others.  But there was no such town in Baden, no town that had a name that looked even close.  I tried searching for the two men who appeared to be traveling with Jacob from “Rutlingheim” and had no luck at all locating them in the US.  Then two days ago, I posted again to the Baden Facebook group, asking whether the town could be Billigheim, a town reasonably close to Strumpfelbrunn where a Jacob Himmel had been born.

Monica, a member of that group, responded, and when I explained why Strumpfelbrunn was my point of reference, she invited me to send her the birth record I had and the source where I had found it and she would translate it for me.  Her translation was consistent with that of Rodney except that she read Jacob’s mother’s name as Fromit, not Bromit.  She, like Rodney, said I should look for other mentions of Himmel in the record.  The book is close to 300 pages long, and I told her that I just could not decipher the old German script.  Then she made a brilliant suggestion; she sent me a link to the font for that old script, had me install it into Word, and then suggested I type out Himmel and any other relevant names in the script and compare it to what I could find on the pages of the records book.

And so I did, and on page 78, I found a record that looked like it had the name Moses Himmel in that old script.

I sent it to Monica, who translated it as follows: “In the year 1839 29th Dec at noon an illegitimate son of the spinster Adelheid Himmel was born.  She is the legitimate daughter of the deceased Moses Himmel and of Frommat nee Lagg from Amsterdam.  The boy will be named Moses at his circumcision.”  It then names some witnesses.

When I received that email with the translation, I felt those bricks tumbling down.  Could this be anyone other than Adeline Himmel Cohen and her son Moses? Does this not provide evidence that the family story that Moses, Jr., was not the biological child of Moses Cohen, Sr., is reliable? Doesn’t it explain why Moses, Jr.’s great-great-grandson does not share DNA with my brother, who is a direct descendant of Hart Levy Cohen, who was Moses, Sr.’s father, but not the biological grandfather of Moses, Jr.?

I then found another page, 26, that also seemed to have the name Himmel.  Monica translated that one as well.  “On the 5th of May 1820 in the morning 4 o’clock he died and was buried at noon.  Moses Himmel was married with Fromat Lagg (or Lugg or Legg) from Holland.  Age forty and four years.”  This was the death notice for Moses Himmel, the father of Adelheid or Adeline Himmel.  She named her illegitimate son for her father, not as a junior for Moses Cohen, the man she would later marry, probably in the United States.

Of course, there are many questions remaining.  I still don’t know when Moses, Sr., married Adeline.  Nor can I be 100% certain this is the right Adeline, though it certainly would appear to be so.  These discoveries also open up some new doors for my research.  If Adeline’s mother was named Fromat Lagg or Lugg or Legg and she lived in Holland, perhaps there is a connection to my Dutch ancestors in Amsterdam.  Her name was given as Jakobin on Jacob’s birth record; perhaps she was part of the same family as Rachel and/or Sarah Jacobs, my three-times and two-times great-grandmothers.  Now I need to return to the Dutch research and see what I can find.

In any event, once again the generosity of my fellow genealogy researchers has been demonstrated.  I never could have done this without the help of Rodney and Monica, two people I’ve never met, and the larger GerSIG and Baden Genealogy Facebook group communities.  It is astonishing what can be accomplished when people work together instead of fighting and killing each other.

8 thoughts on “A Brick Wall Tumbles, Thanks Once Again to the Genealogy Village”