How very lucky I have been in finding my Seligman cousins.  Starting with my cousin Pete from Santa Fe, then my cousin Wolfgang in Germany, then my cousin Suzanne from Scranton, and now two more cousins: Lotte, a descendant of Hieronymous Seligmann, brother of my great-great-grandfather Bernard, and Steve, a descendant of Marx Seligman, brother of my three-times-great-grandfather Moritz.  I will talk about Lotte in subsequent posts, but for now I will continue the story of Marx Seligman and his descendants.

Steve is a grandson of Sigmund Seligman, the oldest child of Marx and Sarah Seligman, and as I mentioned last time, he has generously shared with me many photographs of his family as well as personal anecdotes about them.  All the photographs in this post are courtesy of Steve.  I am filled with gratitude to him for bringing to life his father Leo, his aunt Mary, and his uncles Max and Albert. 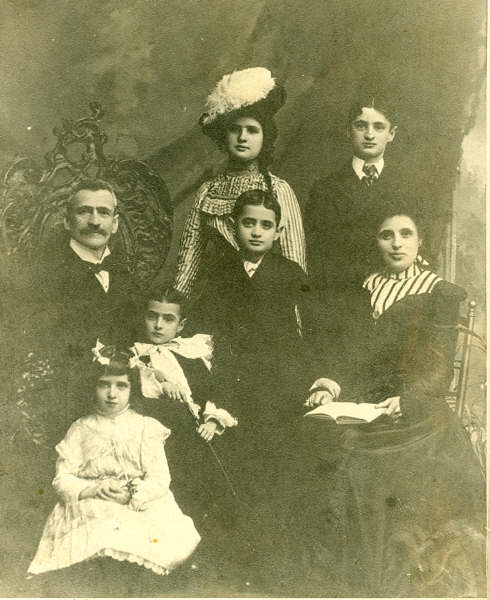 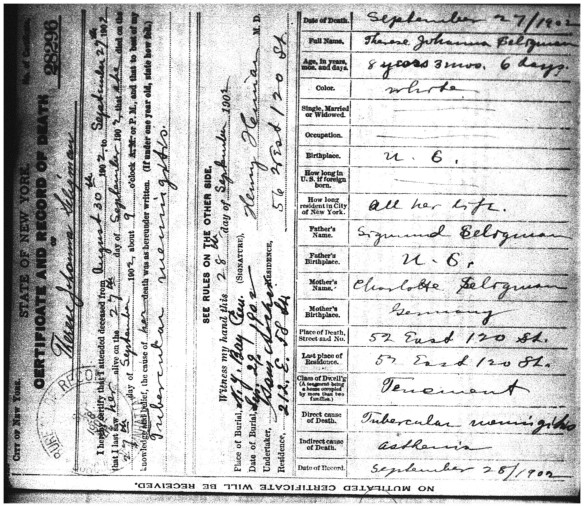 In 1905, the remaining children were all still living with their parents at 89 East 121st Street; Sigmund was a supervisor in an insurance company, Max was working as a bookkeeper, and the other boys were in school.  Mary was home.

As noted last time, Mary married Joseph Brandenburg (later Brandt) in 1907.  By 1910, her parents and brothers had moved to 275 East 123rd Street.  Sigmund was still working as a supervisor in the insurance company, now identified as Metropolitan Life.  Both Max and Leo were working as clerks for American Pencil Company, and Albert was only fourteen and presumably in school.

In 1915, the family had relocated again to 60 West 129th Street; Sigmund was still in the insurance business.  The census does not report what businesses they were working in, but Max was working as an assistant manager, Leo as a salesman, and Albert as a stock clerk.

On October 12, 1915, Max married Pauline Hirsch. Pauline’s father Samuel was a German immigrant working as a watchman; her mother had died in 1901. Pauline had been working as a bookkeeper for a clothing company in 1910.  Pauline and Max had a daughter Theresa born August 15, 1916, presumably named for Max’s little sister Theresa, who had died in 1902.

Both Leo and Albert served in World War I.  Leo served stateside near Jacksonville, Florida; Albert was sent overseas where he was gassed on the battlefields of France.  According to his nephew Steve, Albert never fully regained his health, suffering from heart problems and pneumonia all his life. 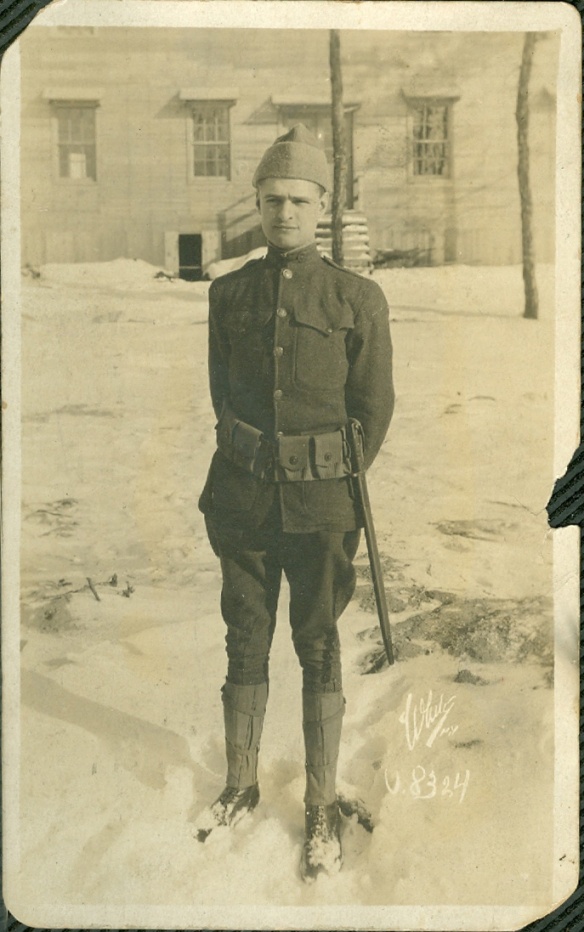 By 1920 Sigmund had retired.  He and Charlotte were still living with two of their sons, Leo and Albert, as well as a boarder. Home from the war, Leo was a salesman for a cloak company, and Albert was a merchant in ladies’ clothing.

On April 18, 1920, Leo married Jeanette Freundlich, the daughter of Morris and Martha Freundlich.  Morris was an immigrant from the Austria-Hungary Empire, and according to his passport application, he was born in Krakow.  Morris was a furrier and had his own business.  According to the 1920 census, Jeanette and her brothers Julian and Edwin were all helping their father in his business.  Jeanette and Leo had three children in the 1920s, Joan, my newly-found cousin Steven, and Edward.

Leo Seligman and his family 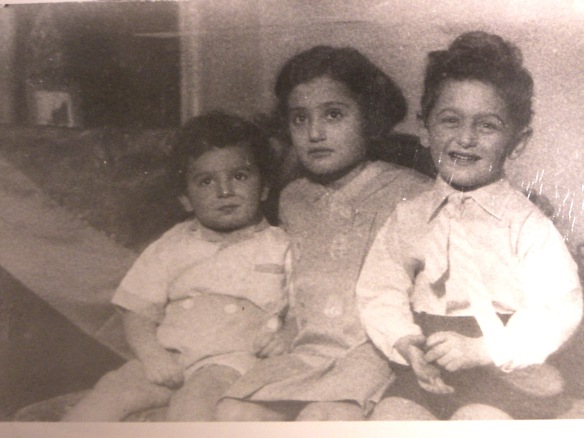 Edward and Steven Seligman about 1938

In 1920 Max was working as the assistant manager in the pencil company, and he and his family were living at 424 East 51st Street.

Albert Seligman married Bella Heftler on November 20, 1921. Bella was the youngest of ten children of Max and Sarah Heftler, who were Hungarian immigrants.  Max Heflter was supporting that large family as a tailor, with his two oldest daughters working in a shirt factory in 1900. By 1920, Max had died, and Bella was working as a bookkeeper, still living with her mother and five of her siblings.  In 1923, Bella and Albert Seligman had a son Maxwell, named presumably for Bella’s father.

By 1940, all three brothers were somehow connected to the film industry.  Joe Brandt had left Columbia Pictures in 1932 and had died in 1939, but he somehow must have connected his three brothers-in-law to the movie industry.  According to the 1940 census, Max Seligman was working as a purchasing agent for Columbia Pictures.  His draft registration for World War II says that Columbia Pictures was his employer.  Leo reported that he had his own office as a film distributor on the 1940 census, and on his World War II draft registration he said his employer was Max Seligman.  According to Steve, his father distributed foreign films as well as children’s cartoons for a local movie theater.  As for Albert, the 1940 census reports his occupation as a movie theater manager, but on his World War II draft registration he listed his employer as Columbia Pictures.  Steve said that Albert was in the publicity department.  Thus, by 1942 all three brothers appear to have been working in the film business. 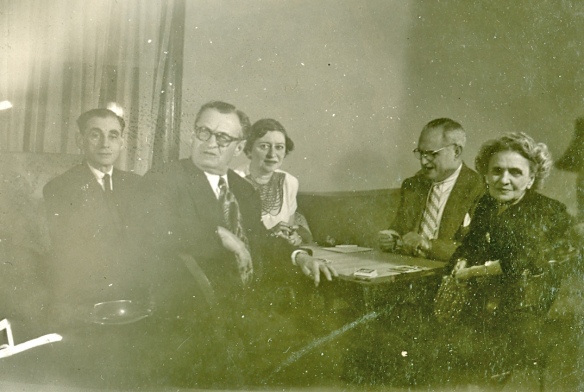 Mary had also moved back from Hollywood to New York at some point after Joe died, and her nephew Steve remembers that she would often take him and his siblings to the movies.  Steve wrote, “Aunt Mary would march up to the box office and demand to see the manager.  When he came out she would come up with the same pitch.  ‘My husband was President and co-founder of Columbia Pictures and this child and I would like to see this picture.’ I never remember being turned away.” 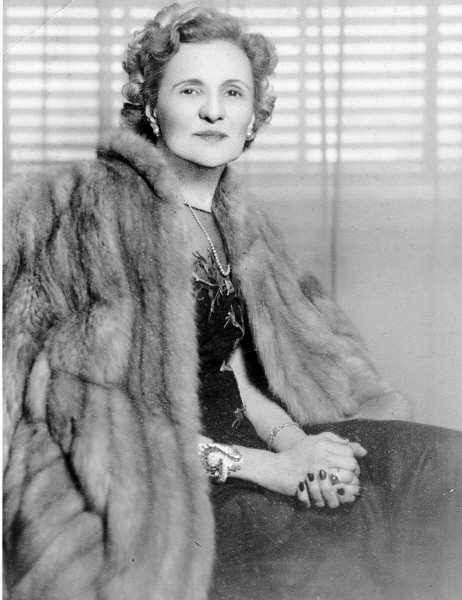 About his Uncle Max, Steve wrote, “Uncle Max had a habit of saying almost everything twice.  When I would go and visit him and my Aunt Pauline, Uncle Max would invariably open the door and say, ‘Hello my boy, hello my boy, how are you, how are you.’  Even during conversations it would happen.  I don’t know whether he thought we were hard of hearing or if he just wanted to emphasize what he said.    Not everything was repeated, of course, but enough times for my brother Eddie and my cousin Maxwell to refer to him as Uncle Max, Uncle Max.”

One thing you could say about my father was that he was a lousy ballplayer.  He couldn’t throw, he couldn’t catch, he didn’t even follow the baseball teams. When my brother Eddie and I would be in our room listening to a replay of the day’s games, my father would be in the living room reading the paper and surely not the sports page. But in other ways he managed to spend quality time with us. In the summer almost every Sunday we would go up to the roof of our apartment building with bridge chairs and hang out for a couple of hours. He would have contests between Eddie and me testing our spelling, math and memory skills. Eddie would always win the math contest but I managed to hold my own in the other games. I think whoever won would get a nickel, nothing to get crazy over but enough to tide us over in the candy store.  In my early teens on Sundays in the spring he and I would rent bikes and go bike riding in Central Park. It’s amazing but I still remember the store. The owners name was Aug, it was on 81st St. and he charged a quarter an hour. That was fun. What my father lacked in ball playing he made up on a bike. One other thing; he never spanked us. When I misbehaved he would “flick” my ear, hard.  It’s hard to describe what “flicking” an ear is but if you put your forefinger against your thumb and release it strongly, that’s flicking. It really didn’t hurt much but it didn’t matter, we knew we were being punished. 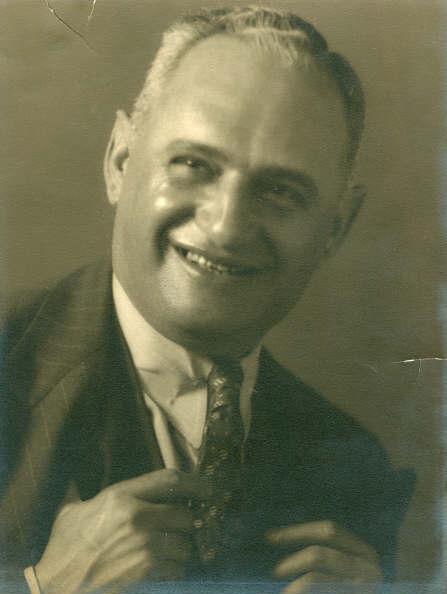 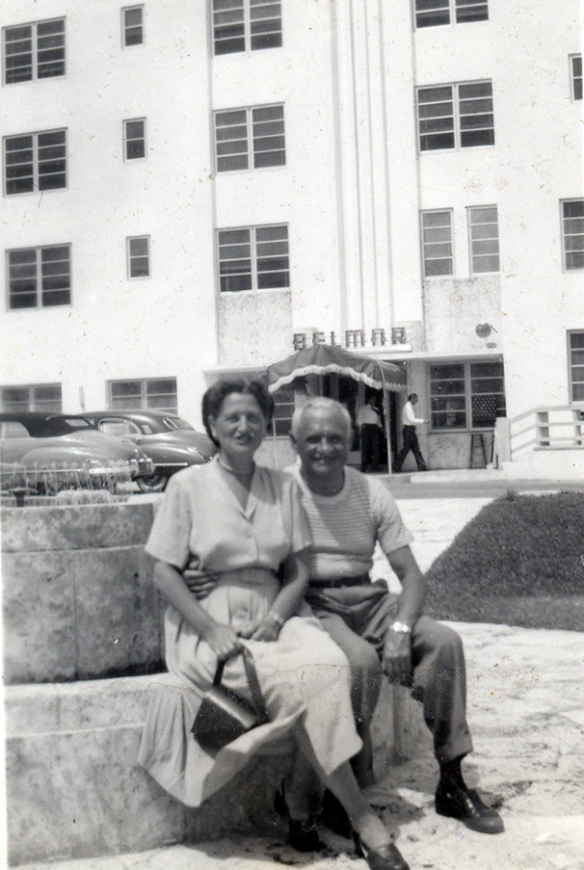 All three brothers died within five years of each other.  Albert, the youngest, died first on October 6, 1948.  He was only 52 years old and had been plagued with poor health since his service during World War I.  Leo died on January 1, 1952; he was just sixty years old.  Max, the oldest of the three, died the following year on March 9, 1953; he was 68.

Mary Seligman Brandt, the oldest of the children of Sigmund and Charlotte Koppel Seligman, lived the longest.  She died in February, 1977, at the age of 94.

Thank you once again to my cousin Steve Seligman for sharing his photographs and his stories with me.  I am so pleased that we have found each other.  These new contacts and the pleasure they bring me continue to be the most meaningful benefits I get from doing genealogy and writing this blog.  Here are some additional photographs of Steve’s family: 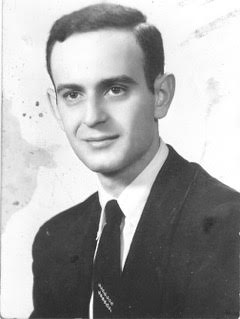 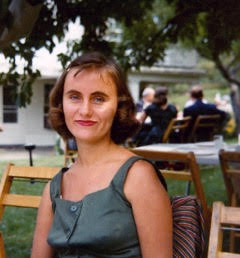 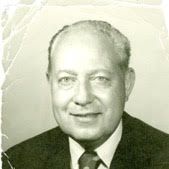 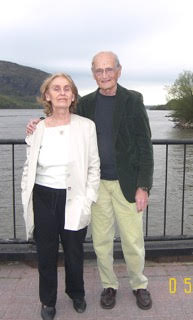 4 thoughts on “Gifts from My Cousin Steve”