As we saw last time, my cousin Else Goldschmidt Gutmann, daughter of Marcel Goldschmidt and Hedwig Goldschmidt, was murdered by the Nazis in 1943 at the Sobibor concentration camp along with her husband Siegfried Gutmann. They were, however, survived by their son, Hermann Gutmann. His story is captured in a moving and detailed oral history interview that was recorded for the British Imperial War Museums in 1995 and available online here.

The oral history interview is two hours long, and I listened to it in the course of one afternoon. If anyone has the time and the interest to listen, even if just to the first thirty minutes, it will provide insights into the strength and courage of those who escaped Nazi Germany as children. My words cannot possibly capture the emotion and the personality expressed by this man in retelling his life story fifty to sixty years after these tumultuous events. When you listen, the clarity of his memory, his composure, and his strength come shining through. Despite living in England since 1936, he still had the traces of a German accent. I will try and do justice to his story, but again, if you have time, listen to at least some of this interview.

One other editorial explanation. Hermann Gutmann changed his name in 1943 to Dennis John Goodman. I will refer to him as Hermann in discussing the years before that change and then as Dennis for the years after the name change. I hope that’s not too confusing.

All the facts in this post come directly from the oral history interview with Dennis John Goodman at the Imperial War Museum, Catalogue 15101.

Hermann Gutmann’s father Siegfried Gutmann was from a family of bankers in Stuttgart, and after the Stuttgart bank was taken over by a larger bank, Siegfried moved to Frankfurt to work for a bank in that city where he met and married Else Goldschmidt. Their only child Hermann Gutmann was born in Frankfurt on February 28, 1923. Hermann believed that the economic circumstances experienced in Germany in the 1920s made his parents reluctant to have more than one child. He described his childhood as a happy middle-class childhood in Frankfurt where his family was actively involved in the Jewish community as well as the general community. 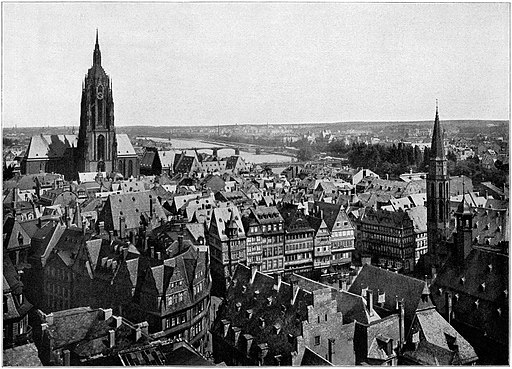 Hermann experienced anti-Semitism as early as 1931 when he was eight years old and saw people carrying anti-Semitic political posters while marching in the streets of Frankfurt. But things grew much worse after 1933 when Hitler was elected Chancellor. Hermann described himself as an outspoken and opinionated boy who fought back when he was attacked by students for being Jewish. When he finished primary school, his parents could no longer send him to a general secondary school because Jews were banned. Instead they sent him to an excellent Jewish day school where he was one of several hundred students.

But by 1936, his parents were concerned that Hermann would not be able to receive a quality education, and they decided that the best thing to do for their son was to send him to boarding school in England. His father spoke to young Hermann, expressing his fears, given how Hitler had perverted Germany and how their non-Jewish friends had drifted away out of fear.  When asked by the oral history interviewer how he felt about leaving his parents and his home, Hermann responded that he “just had to face it.” His acceptance of this reality seemed remarkable to me, especially given that he was only thirteen at the time.

So on October 5, 1936, thirteen year old Hermann Gutmann traveled to England with a family friend who happened also to be heading to England.  When they arrived in London, a relative met him at the station and made sure he boarded the right train to Brighton, where his new school, a Jewish boarding school called Whittinghame College, was located. He described his first year there as very lonely. He knew just a little English when he arrived, and there were only one or two other German students at the school. More German refugees had arrived by the time he left in 1939.

Thank you to the alumni association of Whittinghame College for permission to use these two photographs.

Hermann is probably in this photograph, but I don’t know which young man he is.

His parents left Germany for Amsterdam in 1937. The interviewer asked him why his parents hadn’t come to England instead of Amsterdam, and he explained that his father had been offered a job in Amsterdam and that his parents believed they would be safe there. He said that no one anticipated in 1937 that Hitler would later invade the Netherlands and deport Jews to concentration camps. Hermann was able to visit his parents in Amsterdam during this time, and he said that although it was a big adjustment for them and especially for his father, whose new job was not in the banking field, they were reasonably happy living there.

Although Hermann said that he did not enjoy the “monastic existence” of the all-boys boarding school, he stated that he received an excellent education and that he even qualified to matriculate at Cambridge University for the fall of 1939, but “events intervened,” that is, the start of World War II. Once the war started, Hermann also was no longer able to visit his parents.

He finished his time at Whittinghame and obtained a job in a leather manufacturing factory in Lancashire, England, where he worked from February, 1940 until May, 1940. He had been in England for more than three years at that point. He had coped with adjusting to a new country, learning a new language, completing his secondary education at a Jewish boarding school, and enduring the long separation from his parents. In the interview, he commented that he had experienced no hostility in England based on his German background and that people had been very friendly.

But his life was about to change in the spring of 1940.

26 thoughts on “Hermann Gutmann, Child Refugee from the Nazis: An Oral History”