In my last post I described my discovery that Rose Mansbach Schoenthal was not only related to me by her marriage to Simon Schoenthal, the brother of my great-grandfather Isidore Schoenthal, but that she was also related by marriage to my other great-grandfather Gerson Katzenstein through her Mansbach cousins.   This post is about another discovery of a strange twist in my family tree, but this one involving two living cousins.

Last week I received a comment on an old blog post about Elizabeth Cohen, who was the sister of my other great-grandfather, Emanuel Cohen.  The man who left the comment on my blog, Joel Goldwein, is the great-grandson, through his mother’s side, of Elizabeth Cohen.  He is thus my third cousin.  I was, of course, delighted to make this connection, and I emailed Joel to learn more about him and our mutual family. 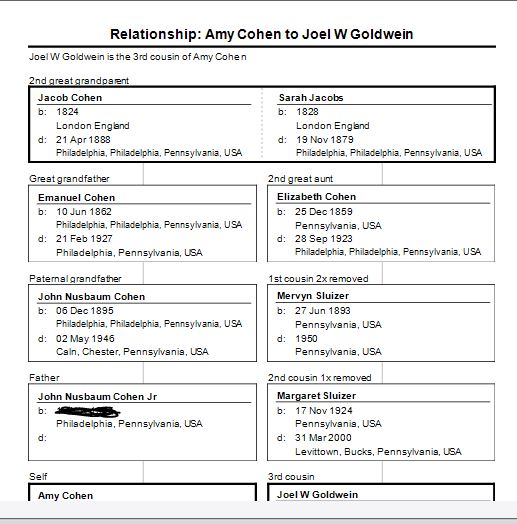 In the course of the exchange of emails, Joel shared information not only about his mother’s family, but also about his father, Manfred (Fred) Goldwein, who had escaped from Nazi Germany on the Kindertransport to England.  His father’s parents and other family members, however, were murdered by the Nazis.  Joel sent me a link to a website about his son’s bar mitzvah in Korbach, Germany, the town where his father was born and had lived until he left Germany.  I was very moved by the idea that Joel’s family had returned to this town to honor the memory of his father’s family.

I mentioned that I was going to be in Germany, not far from Korbach, because I had Hamberg ancestors from Breuna.  Joel then mentioned that his paternal great-grandparents are buried in Breuna and that he had visited the cemetery there.  He sent me a link to his photographs of the cemetery, and I looked through them in search of anyone named Hamberg.

Imagine my surprise to find this photograph: 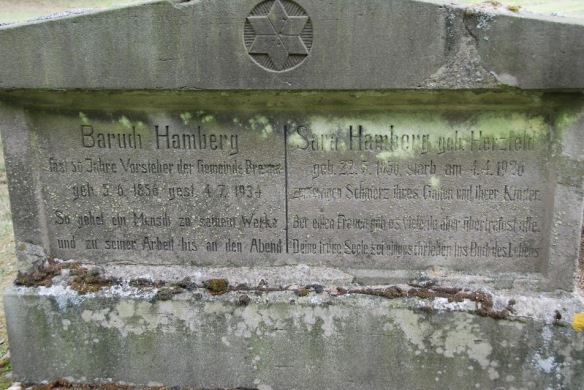 Baruch Hamberg was the second cousin of my great-great-grandmother, Henrietta Hamberg Schoenthal.  More importantly, he was the great-grandfather of my fifth cousin, Rob Meyer.

Some of you may remember the story of Rob.  He and I connected through JewishGen’s Family Finder tool about a year and a half ago, and we learned that not only did Rob live about a mile from where I had once lived in Arlington, Massachusetts, we also had very good mutual friends.  It was one of those true goosebump moments in my genealogy research, standing in a cemetery in Longmeadow and talking to Rob as we realized that we both had the same close friends. 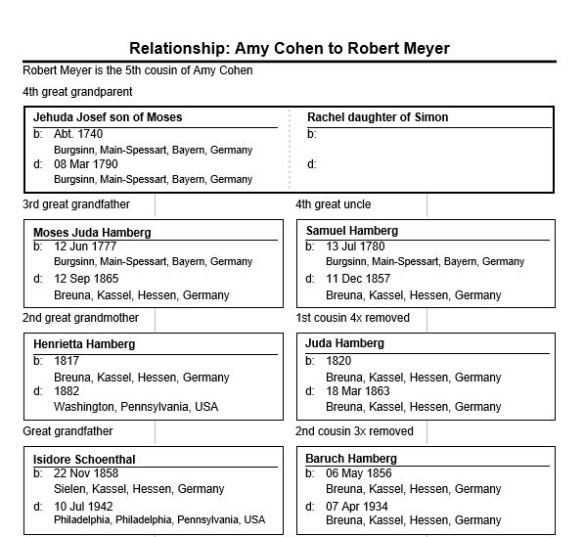 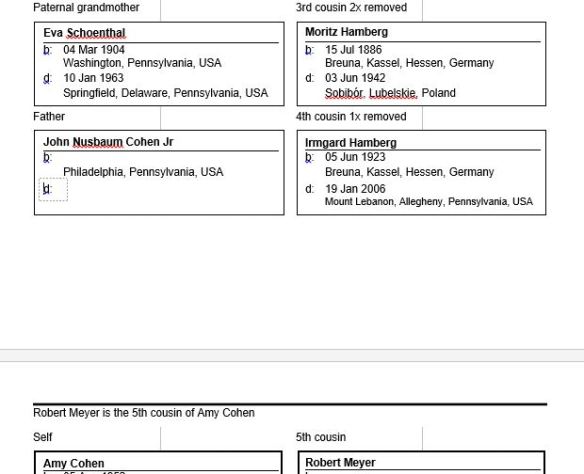 Rob’s mother had, like Joel’s father, escaped from Nazi Germany, and she also, like Joel’s father, had lost most of the rest of her family in the Holocaust. I sent the headstone photograph to Rob, and I asked whether he might be related to Joel.  Rob answered, suggesting that perhaps he was related to Joel not through Baruch Hamberg, but through Baruch’s mother, Breinchen Goldwein.  A little more digging around revealed that in fact Joel was related to Breinchen: her brother Marcus Goldwein was Joel’s paternal great-grandfather. 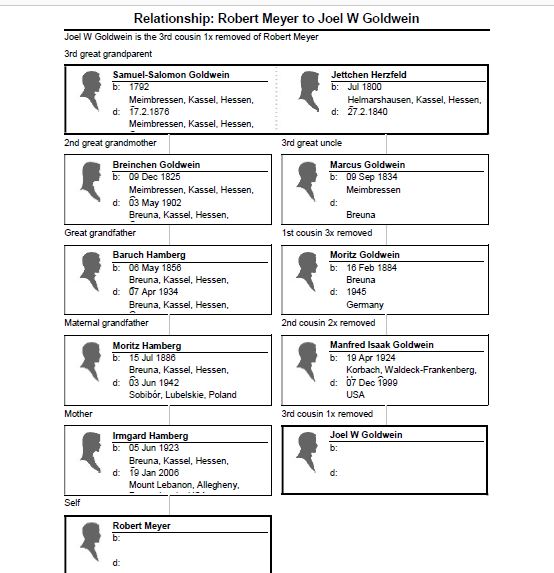 Thus, Joel and Rob are third cousins, once removed, through Rob’s mother’s side and Joel’s father side. And although they did not know of each other at all, Joel also had a photograph of the street in Breuna named in memory of Rob’s aunt: 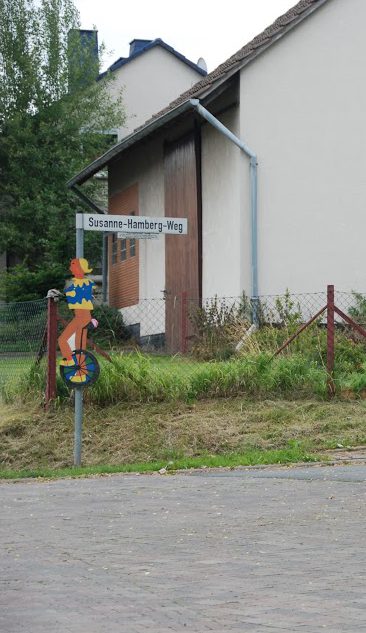 It gave me great pleasure to introduce Rob and Joel to each other, who soon discovered that not only are they third cousins through their Goldwein family line, they are also both doctors and both graduates of the same medical school.

There truly are only six degrees of separation.

20 thoughts on “Another Small World Story, Another Twist in the Family Tree”