I have written a great deal about Milton Goldsmith on this blog, probably more than I’ve written about any other relative, in part because he lived such an interesting life and in part because of the extensive record he left behind—his books and poetry and letters, his photograph albums, and the many news articles about him and his work. I’ve already posted a number of photographs of Milton. But in this final post devoted to the papers of my cousin Milton, I want to focus on his life after he married in 1899, as reflected in the family photographs displayed in the second family album he collated.

This second album included two photographs of Milton as a young man. 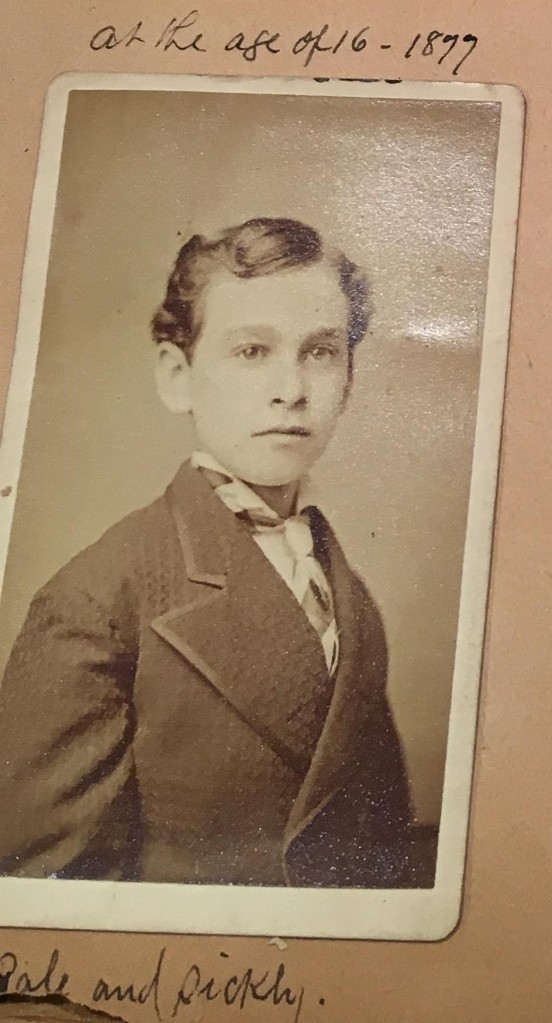 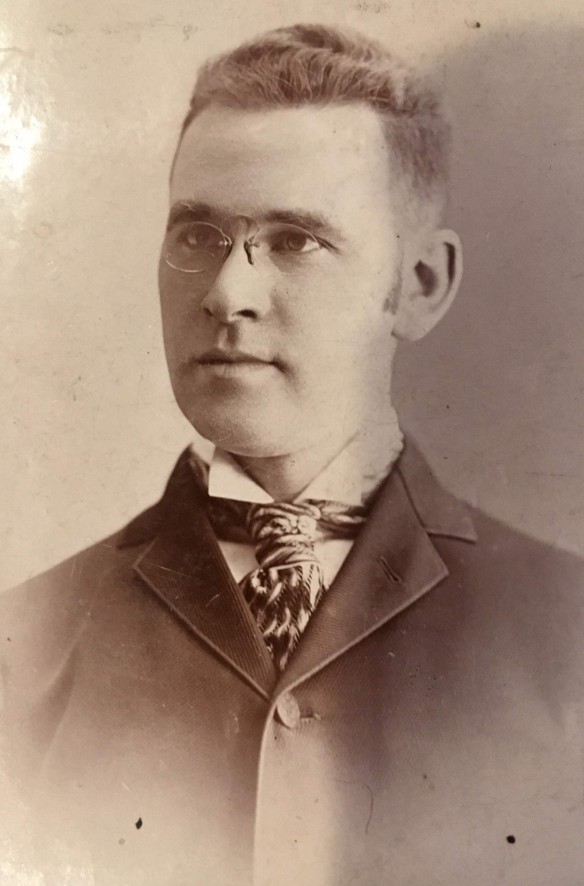 Milton Goldsmith as a young man

Milton Goldsmith and Sophie Hyman were married on February 15, 1899. The album contains many letters written by Milton to Sophie as well as the love poem I posted in an earlier post. I have decided not to post those letters. To be honest, there are so many that I just couldn’t decide where to begin. And I just don’t have time to scan them all.

Milton included this announcement of his engagement to Sophie in his album. Unfortunately it is not dated, nor do I know where it appeared although it is obviously from a New York newspaper, perhaps the New York Times, which also published a wedding announcement.

Here are two photographs of Milton and Sophie that may reflect how they looked when they married: 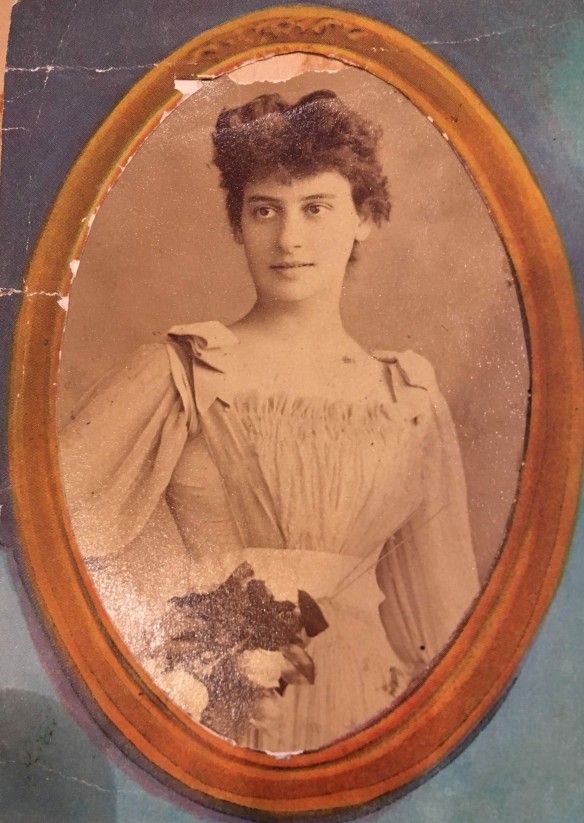 Their daughter Rosalind was born two years later on February 1, 1901. Her sister Madeleine arrived three years later on May 29, 1904. Here are a selection of the beautiful photographs of these girls.

Milton labeled this photograph of Sophie as his favorite:

Skipping ahead a few decades, this photograph of Sophie and Milton was taken in 1930 when Milton would have been 69, Sophie 63. Sadly, Sophie died just four years later on June 18, 1934.

Eleven years later on May 22, 1941,  there was a big celebration of Milton’s 80th birthday, as marked by this page in the album:

It includes the invitation—a poem written by one or both of his daughters:

Milton also wrote a poem for the occasion:

As did his brother Louis (included on a separate page):

This photograph must have been taken not long after or perhaps at Milton’s 80th birthday celebration. It includes (from left to right) Milton’s brother Edwin, who died in 1944, and his brother-in-law Sidney Stern, who died in 1942, and Milton. 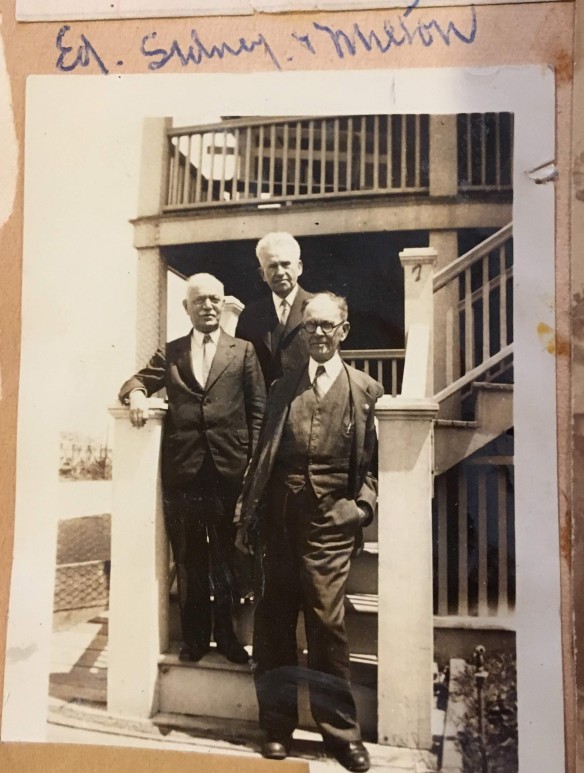 There’s one final page I’d like to share—the most recent pictures in the album—a page devoted to Milton and Sophie’s daughter Madeleine, her husband Charles Jacobson, and their daughter, my cousin Sue, who so kindly and generously shared all these albums with me. Thank you once again, Sue!