A few years after Milton Goldsmith’s mother died in 1874, his father Abraham remarried, as I have written about here. With his second wife Frances Spanier, Abraham had four more children, Milton’s half-siblings. Milton dedicated four more pages in his family album to these siblings. From Milton’s biographies I learned a great deal more about each of these siblings than I’d been able to learn from traditional research.

Alfred was the oldest, and he became a well-known rare book dealer in New York City, as discussed here. What I didn’t know until reading Milton’s biography of his brother was that Alfred had at first enrolled in dental school. In addition to the biography Milton wrote about his brother Alfred, this page includes a photograph presumably of Alfred and two women who are not identified and a brief news story about Alfred.

The article below reveals a bit about Alfred’s personality. Apparently he was quite a literary snob and refused to stock books in his store that he considered “trash.” Good for him for having standards!

Bertha was the next child born to Abraham and Frances. Milton focused on her two marriages in his biography of Bertha. As I wrote about here, Bertha first married Sampson Weinhandler and then married his first cousin Frederick Newman. Milton’s insights into both men added an additional dimension to what I had learned through my research: 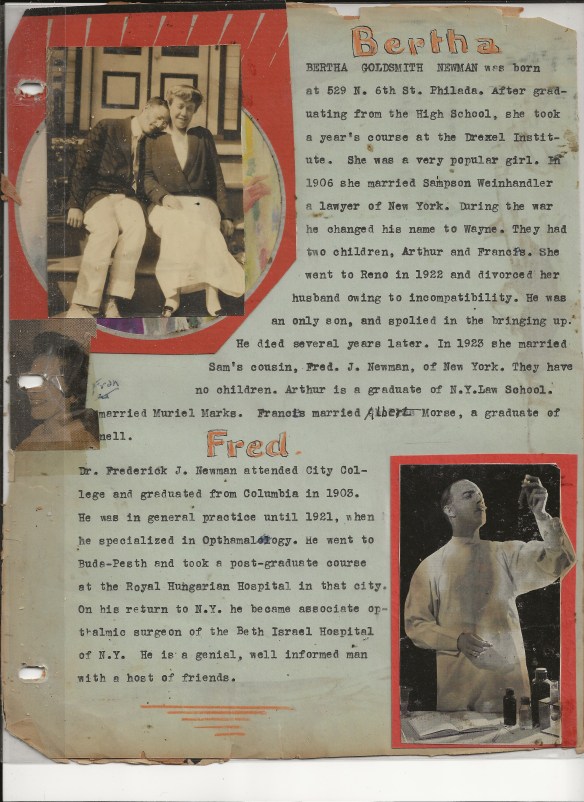 Imagine Bertha traveling all the way to Reno to divorce Sampson for incompatibility. Milton described him as “spoiled.” I sure wish Milton had described how Sampson and his family responded to Bertha’s marriage to his cousin Frederick the following year. Milton obviously much preferred Frederick to Sampson, describing the former as “a genial, well-informed man with a host of friends.”

I am not sure whether this photograph is of Bertha and Sampson or Bertha and Frederick, but given Milton’s description of Sampson, I am going to assume this is Sampson.

Bertha Goldsmith and one of her husbands, probably Sampson Weinhandler/Wayne.

The third child born to Abraham and Frances was their daughter Alice. Milton’s biography of Alice is quite fascinating and revealed far more about Alice than I’d been able to learn through my research. In fact, Alice had been a very elusive subject, rarely appearing on census records or elsewhere.

Now that I’ve read Milton’s story about her, I understand better why I had so much difficulty learning about her. She traveled extensively and was stranded in Italy at the start of World War I. She helped the American Consul in Genoa deal with other stranded travelers and was rewarded with a free trip back to the US.

Alice was an educated and scholarly woman who took courses at the University of Pennsylvania, Columbia, and Harvard and had a career with two different doctors, one in Philadelphia and one in New York. I searched for a Dr. Tinley, but had no luck locating him. I also learned how Alice had met her husband playing bridge with mutual friends. She was 43 when she married Louis Margulies, whom Milton described as “a fine, outstanding, genial man” whose business was real estate and who had immigrated from Romania at the age of 14. I love this photograph of them—they look so happy.

Finally, Milton included a page for his youngest sibling, Louis Goldsmith. Like his sister Alice, Louis traveled extensively and married later in life (he was 53). He was very successful in the advertising business, handling the Palm Beach Cloth account.

What I had not already learned about Louis was that he had worked at Friedberger Mills and almost died after an operation for an injury to his hand. He then worked with his brothers Milton and Edwin at the Snellenburg Company in Philadelphia where he learned the art of advertising before he moved to New York to become “a very capable advertising man.” Milton described his youngest sibling Louis as “very much a recluse in his habits, living at the Plaza Hotel, and is very generous.” He also was a very snazzy dresser, as my father would have said. 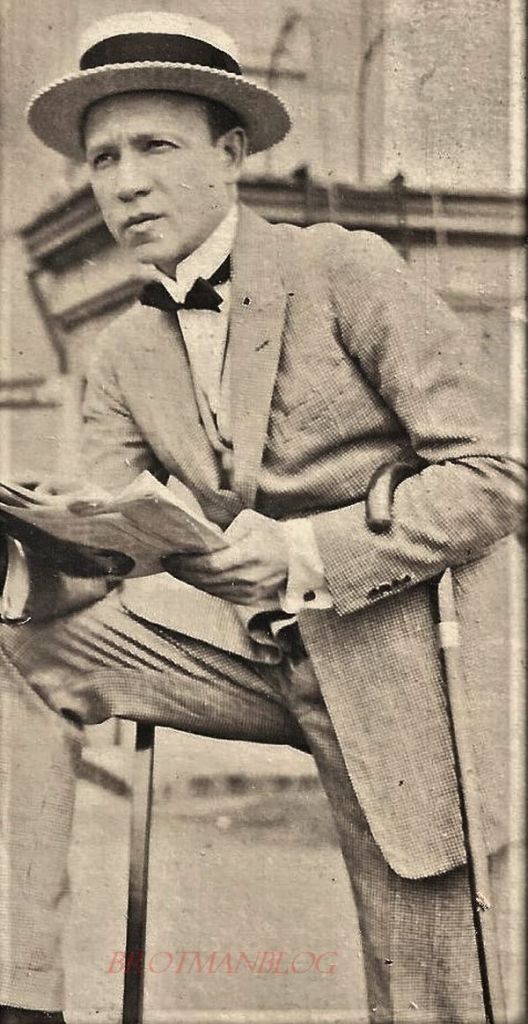 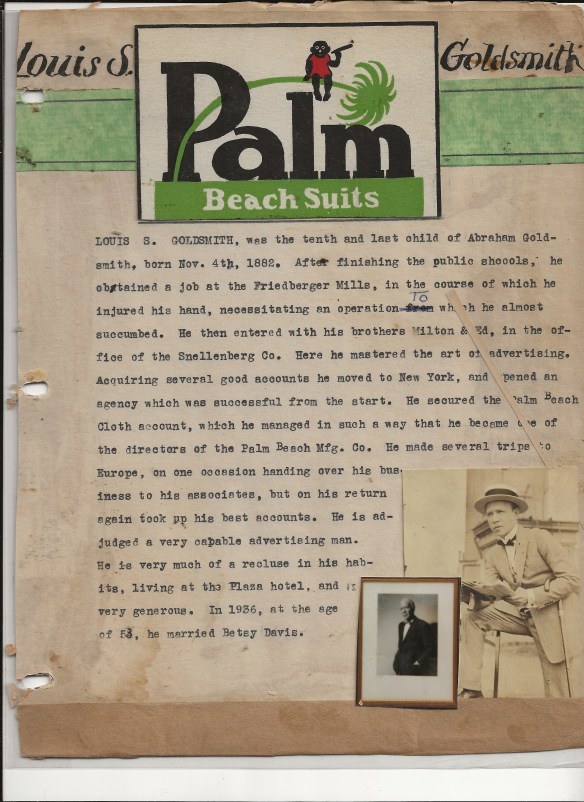 It’s wonderful to have photographs of nine of the ten children of my three-times great-uncle Abraham Goldsmith1 and more details about their lives from someone who knew and loved them well, their brother Milton.