Antonie Blumenfeld Engelbert, daughter of Baruch Blumenfeld and Emma Docter, died in 1929, and her husband Siegfried Engelbert died three years later. They never knew what was going to happen to their family just a decade after their deaths.

Their oldest daughter Margot and her husband Gustav stayed in Goettingen after Hitler came to power in 1933. After Kristallnacht in November 1938, Gustav was forced by the Nazis to sell his cattle trading business far below its market value, a business that had been in his family since 1858 when it was started by his grandfather. Margot and Gustav were transported on March 31, 1942, to the Warsaw Ghetto, where they were killed on September 30, 1942. Here are the Pages of Testimony on file with Yad Vashem:1

Margot and Gustav’s daughter Edith also was murdered by the Nazis. After she was prohibited from attending the local high school for girls in Goettingen in 1938, she went to Hamburg and then to Berlin, where she met and married her husband Herbert Kempner in 1942. But Herbert and Edith’s marriage was short-lived because on November 29, 1942, they were both deported to Auschwitz and murdered there. I am so grateful to Dennis Aron, who shared with me the entries about Gustav, Margot, and Edith from Die Juedischen Buerger im Kreis Goettingen 1933-1945: Ein Gedenkbuch, including this photograph of Edith. 2 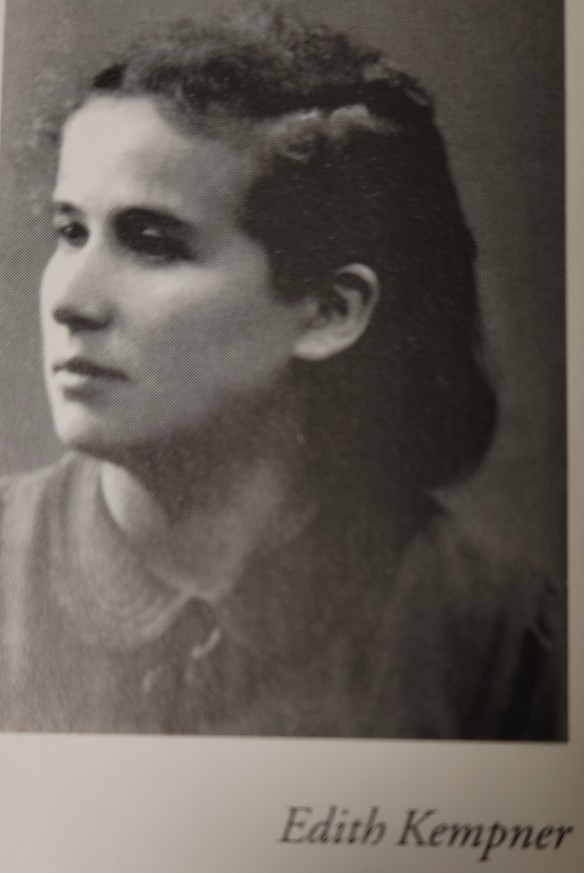 Tragically, Margot and Gustav and their daughter Edith have no living descendants because of the Nazis. Thus, we must all remember them instead.

The other two children of Antonie Blumenfeld and Siegfried Engelbert survived the Holocaust, but not without facing Nazi persecution.

Their son Julius Engelbert, his wife Ilse, and their nine-year-old son Werner fled to Bolivia on September 23, 1939.3 Six years later the family immigrated to the United States, arriving on December 23, 1945.4 They settled in Brooklyn, New York, and they all became US citizens in 1952. Werner Engelbert became a pharmacist after graduating from the College of Pharmacy of the City of New York in 1952.5 According to his niece Marsha, Julius saved the many wonderful photographs published in this series of posts when he fled Germany in 1939. How fortunate we all are that he did.

Julius Engelbert died in New York on July 25, 1965; he was 67. He was killed in a car accident driving to or from the Catskills.6 His wife Ilse survived him by twenty years, dying in February 1985 at the age of 78.7 Their son Werner died in 2019.8 He was survived by his wife and children and grandchildren.

Elfriede Engelbert Goldschmidt and her family also survived the Holocaust, but their path to survival was more complicated than that of her brother Julius and his family. I was privileged to listen to the testimony that Inge Goldschmidt Oppenheimer, Elfriede’s daughter, gave to the Shoah Foundation in 1996,9 and her story is both heartbreaking and inspiring. I will share her story in my next post.